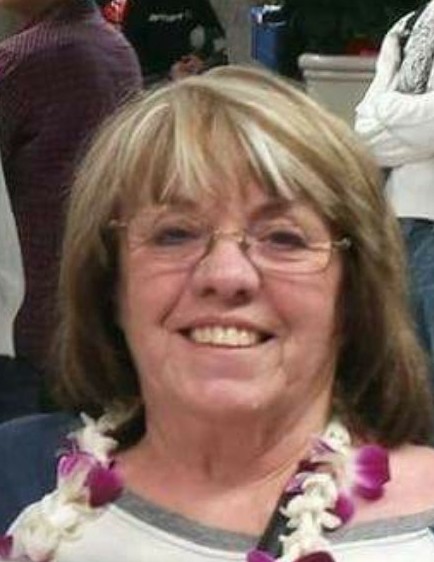 She was born on April 2, 1948 in Preston, ID to Fred Richard Merrill and Esther Henderson Merrill. Her beloved "Daddy" passed away when she was 15 yrs old. She missed him dearly for the rest of her life. She was the youngest of 5 children. Born and raised in Preston where she took part in school, church and 4-H activities. She also loved to swim.

She married her sweet husband Roger Jacobson on July 30, 1965. They later solemnized their marriage in the Logan Temple on July 30, 1976.

As the Mother of 4 children and the grandmother of 7, she was best known as "Granny." She was all about her family and was there for her kids and grandkids whenever and wherever she was needed. She was the epitome of a "Granny". Her cooking was the best and we all had our favorite dishes that she made. Her dutch oven potatoes, chicken, chicken nuggets and potatoe salad were the best. Give her a needle and thread, yarn and neeedle or hook or a sewing machine and see what she created. Her talent and creativity was admired by all who were at the receiving end of her gifts. She loved camping with her family and she looked forward to "warm camp" at Ironbog in July, and "cold camp" on the Salmon River in October every year, as did her family because then we'd get to enjoy Granny's food and company for an entire week straight! She also LOVED to go for long rides in the truck with Dad or in the RZR. It didn't matter where or how far. She loved her trip to Hawaii, Alaska and the Oregon coast to name a few. She also loved anything with peanut butter and chocolate.

She LOVED sports. It didn't matter what sport. She loved watching them all. But, football and basketball and NASCAR were her favorites. She could carry on conversations about football, especially the 49'ers, with her son-in-law like the best of them. NASCAR..Tony Stewart was her favorite driver even though he wasn't anybody else's. She would defend him to the end. And then there was the JAZZ..I know there are alot of huge JAZZ fans, but, she really was their biggest! She has been a fan since they came to Utah and has always attended every game she had a chance to attend. She actually got Dad to start liking them and going to games with her. If there was an away game, you can bet you would find her in the living room yelling "DEFENSE" at the television while sipping on her diet pepsi and crunching on some ice, all while Dad sat quietly reading the paper and occasionally glancing up  when she would yell really loud! She was an avid bowler for many years and made many friends along the way.

She was a homemaker for most of her children's lives until they got older then she worked at IRS, DDO, and finally retiring from HAFB in 1997 to take care of her Mother until she passed.

Granny was so caring for her family and her cats and dogs. Her hugs will be missed so much along with her sweet, soft voice. Her heart was so tender and full of love. We are so blessed to have had her be the Matriarch of our family. She will be so missed.

She is survived by her husband Roger, Beth(steve) Shattuck, Tricia(Gary) Peterson, Richard(Jenn, deceased), and Dwayne and 7 grand children. She is also survived by one sister, Leola(Bill) Oberman and many sister and brother-in laws and neices and nephews.

She was preceded in death by her parents 2 brothers and 1 sister and her daughter-in-law.

In lieu of flowers you can donate to the American Cancer society, Relay for Life under Team Hookers/Netta Jacobson. Our family is very involved in this charity and it would mean alot to Mom.

To order memorial trees or send flowers to the family in memory of Zanetta Jacobson, please visit our flower store.
Send a Sympathy Card