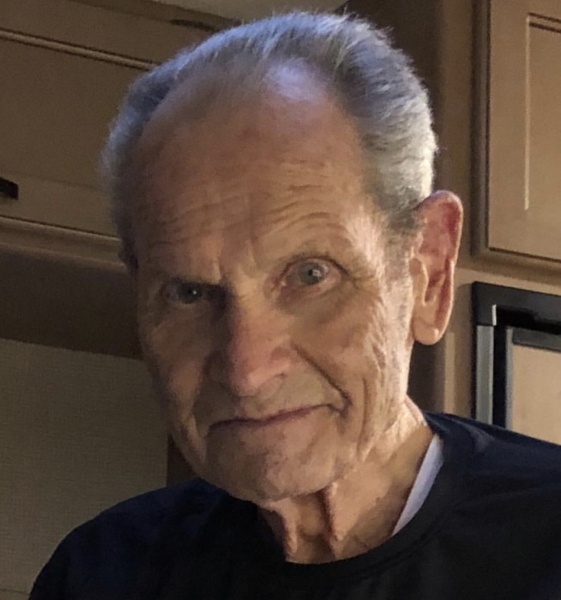 Willis has caught that one last fish, been on his last hunting expedition, and experienced his last trip to Alaska. Willis C. Moser, 92, passed away peacefully surrounded by family on Friday, February 15, 2019 at the Franklin County Medical Center in Preston, Idaho. Willis was greeted by his eternal companion Dorothy who passed away on April 27, 2001. Willis was born in Preston, ID on January 16, 1927 to Edward and Mary Ann Chadwick Moser. He was the 8th of eight children with four brothers and three sisters.

Dad spent his younger years in "Egypt" (the old 5th Ward) East of Preston. His parents moved to Preston his ninth grade year, where they lived across from the Preston High School. Willis met his sweetheart Dorothy Hollingsworth in High School. They dated and were married in the Logan LDS Temple on May 16, 1945.
A week later Willis left to serve for two years in the US Army during WW II in Europe.

Throughout his life Willis had various jobs. He spent most of his career working for Del Monte until his retirement at age 55. he was also a full time farmer, which was his first love. Willis lived at home on the family farm in Whitney, Idaho until his passing. Willis was a member of the Church of Jesus Christ of Latter-day Saints. He, along with his wife, served in the Logan LDS Temple for over 20 years. Dad had a sweet, quiet testimony of the gospel.

Willis was also an avid hunter and fisherman. He loved to attend sporting events throughout his life. There were many memories made in the mountains with family and friends. He loved camping with his family and long drives throughout the valley. He could always be found attending football and basketball games, especially cheering on the Preston Indians. He was one of their biggest fans. However, Willis' pride and joy was his family . He often expressed these words: "What would you do without family? Without them, you haven't got anything." We will miss hearing those special words.

Willis will be missed at daily "Roll Call." Thank you for being so good to our father. Since our mother's passing, this was one of the highlights of his life. Dad was the epitome of a man from the "Greatest Generation." He was a unique, one-of-a-kind personality, and there will never be another Willis Moser! We love him for his amazing example and a lifetime of wonderful stories and memories.

We would like to give a special thanks to Dr. David Beckstead and the kind and caring staff at Franklin County Medical Center.

Services will be held on Tuesday, February 19, 2019 at 12:00 noon in the Franklin LDS Stake Center, 106 East Main in Franklin. Viewings will be Monday from 6-8 pm at Webb Funeral Home and Tuesday from 10:30-11:30 am at the church. Memories may be shared with the family at webbmortuary.com

We will miss our handsome, kind and loving father and grandfather

Click the "Red Arrow" to listen to funeral services. You may also order copies by clicking on the "Order" Button.
To order memorial trees or send flowers to the family in memory of Willis C. Moser, please visit our flower store.