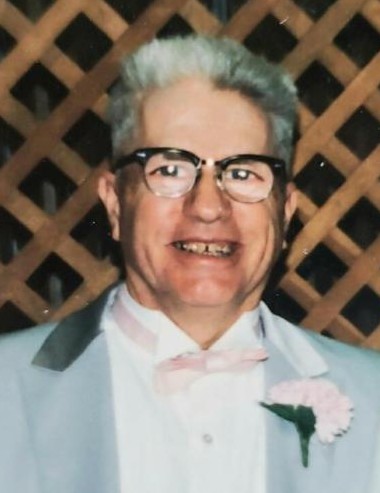 Weldon Charles Smith, 89, passed away March 2, 2019 surrounded by his loving family.  He was born August 21, 1929 to Ernest and Hazel Smith in Fairview, Idaho.  He was the youngest of four siblings.

He graduated from Preston High School and then went to college to study Agriculture at Utah State University.  There he became a big Aggie fan.  Shortly after college, he joined the Army.  Weldon worked with his father on a farm and worked different jobs until he retired.  He married Elda Lovisa Nance.  Their marriage was solemnized in the Logan Utah Temple on July 21, 1966.

The family would like to give a special thanks to the home care/hospice and to the Preston Third Ward for all the care and support.

Funeral services will be held on Friday, March 8, 2019 at 11:00 a.m. in the Preston Third Ward Chapel, 155 N. 2nd W., Preston, Idaho with Bishop Ron Smellie conducting.  Friends may call Thursday from 6-8 p.m. at Webb Funeral Home, 1005 S. 800 E., Preston and Friday from 9:30-10:30 a.m. at the church.  Military rites and interment will be in the Fairview, Idaho Cemetery.  Memories and condolences may be shared with the family at www.webbmortuary.com

To order memorial trees or send flowers to the family in memory of Weldon Charles Smith, please visit our flower store.
Send a Sympathy Card