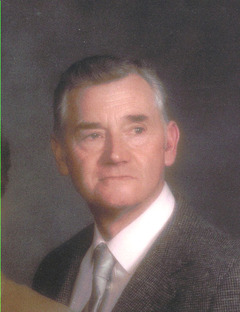 Wayne Stone Winn passed away Tuesday, December 22, 2015 at his home surrounded by his loving family after a valiant battle with brain cancer. He was 84 years old. Wayne was born to Sara Eldora Stone and Marvin J. Winn on April 9, 1931 in Winder, Idaho. Wayne attended grade school through high school in Preston and graduated from Preston High School.

At a very young age, Wayne began helping his grandparents on the family ranch in Cub River, Idaho. At the age of 17, Wayne left the family ranch and bought a home in Thatcher, Idaho to work at the cheese factory. At 19, Wayne enlisted in the US Navy where he spent time at Pearl Harbor, Midway, and Yokosuka, Japan, Taiwan, Okinawa and Korea.

During one of Wayne's short leaves back home from the Navy he met the love of his life, Shirley Mae Higginson, on a blind date. It was an instant attraction. They were married on March 8, 1952. Their marriage was later solemnized in the Logan LDS Temple. Wayne and Shirley celebrated 53 wonderful years of marriage together, at which point Shirley was diagnosed with dementia, then Alzheimer's. Wayne devoted all of his time to take care of Shirley, until such time, he had to make the painful decision to move her to the Alzheimer's Wing at Sunshine Terrace. Wayne spent every day at the Terrace sitting by Shirley's side. He would arrive when she awoke and he would not leave until she went to bed each night. Wayne never missed a day sitting by Shirley's side at the Terrace and he continued to sit by her side as she passed through the veil. Wayne's love and devotion to Shirley was a great example of the strength and commitment of eternal love.

Two years after Shirley passed away, Wayne married Pat Haslam. They were later divorced but they remained good friends.

Wayne was a hard worker and a perfectionist - taking great pride in everything he did. He spent the first 30 years of his career working for Mountain Bell (now AT&T), where he was able to retire in his 50's. Even during his retirement, he did not slow down and he chose to continue to work on telephone wiring, cabling and installation of new phone systems at Hill Air Force Base and Utah State University. In addition, Wayne helped countless neighbors, ward members, family and friends with their phones.

Wayne was an avid gardener and he loved working in his large garden, as well as mowing and grooming his large yard, which he continued to do up through the day before he was diagnosed with brain cancer.

Wayne was an active member of the Richmond 4th Ward where he held various church callings over the years. His favorite callings were serving in the Bishopric in the Logan Singles Ward and working at the Temple.

Wayne loved the outdoors and he loved to camp, hunt, and fish. He also loved to ride his motorcycle, 4-wheeler, and snowmobile in the mountains. He took many trips to Yellowstone, Franklin Basin, and through Logan Canyon. He was a speed demon on his toys, and during one of his outdoor treks he took an exciting ride off a 30 foot cliff on his snowmobile while in his 60's, which resulted in a broken jaw and several broken ribs, but that did not slow him down.

He had a deep and sincere love for his children, grandchildren and great grandchildren and he enjoyed spending time with every one of them. Family was very important to him and he was proud of all their accomplishments.

Wayne is survived by his two children David Wayne (Crissy) Winn, of South Jordan, UT; and Teresa (Quinn) McKnight of Syracuse, UT; six grandchildren, and 10 great grandchildren. He is also survived by a brother Garth (Vickie) Winn, of Brigham City, UT; and a sister Diane (Gary) Nelson of Las Vegas, NV; and a sister-in-law Betty Winn, of Ogden, Utah. He was preceded in death by his parents, his wife Shirley, a son Daryl Gary Winn, a brother Darrell Stone Winn; and sister Marlene Winn Christensen.

Wayne's children would like to express their sincere gratitude to Dr Steven Salisbury, as well as many doctors, nurses, and staff at the Murray Medical Center, the nurses and aides at the Community Nursing Services (CNS)/Hospice, and all other "Guardian Angels" along the way for their love, prayers, service and time. Everyone who knew and loved Wayne will truly miss him.

Funeral services will be held on Tuesday, December 29, 2015 at 12:00 noon in the Richmond 4th Ward Chapel, 150 South 100 East in Richmond, Utah. A viewing will be held on Monday from 6-8 p.m. at Webb Funeral Home in Preston and Tuesday from 10:30-11:30 a.m. at the church in Richmond. Interment will be in the Richmond Cemetery. Memories and condolences may be shared with the family at www.webbmortuary.com

To order memorial trees or send flowers to the family in memory of Wayne Stone Winn, please visit our flower store.
Send a Sympathy Card