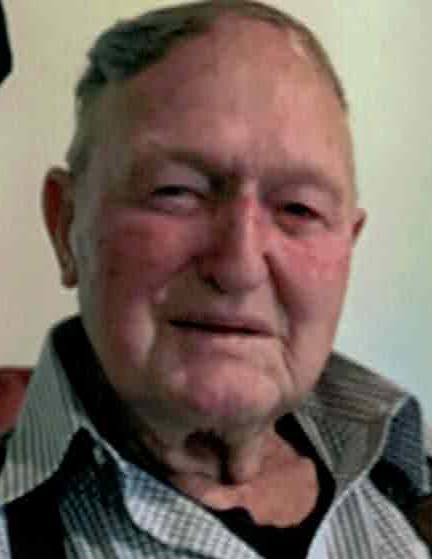 Wayne Lamar Creger, 84, our kind, gentle brother, uncle and friend left this earthly life on February 22, 2020.  He was born at home in Lewiston, Utah to Margaret Eva Bodrero and Floyd Harold Creger on November 18, 1935.  Four siblings welcomed the baby boy into the home.  They were Lorraine, Melvin, Betty and Leon.

Wayne’s capacity to give enduring love was admirable.  His love for parents and brothers and sisters was evident throughout the lives of all, from birth until death.  Friends and extended family were also assured of his lifetime devotion.

He is survived by one sister, Lorraine Zimmerman and by twenty-one living nieces and nephews, who remember him as a special uncle.  He has many dear friends at Sunrise Park, where he has lived for approximately nine years.  Residents and staff love and respect him. He was preceded in death by his parents, by four brothers and a sister, Leon Creger, Melvin Creger, John Creger, Joe Creger and Betty Sims.

He was a Section man for the Union Pacific Railroad for 43 years.  The hours were long and the work was hard.  It was hot in the summer and freezing cold in the winter.  He missed only day during his career and that was so he could attend his mother’s funeral.  Work was always Wayne’s life.  He could work longer and harder than any other man on the crew.  After he retired and moved to Sunrise, he swept the long patio and fed the birds, also took out the garbage and helped in any way possible.  He never stopped working.

Wayne’s favorite things:  Friends new and old, cats and kittens, babies, his truck, chocolate, western movies, train calendars, throwing candy in the 4th of July parade, planting tulip bulbs and springs flowers, and listening to his favorite son, “Save the Last Dance for Me”.

Funeral services will be held on Wednesday, February 26, 2020 at Noon at Webb Funeral Home, 1005 South 800 East, Preston, Idaho.  A viewing will be held Wednesday from 11-11:45 a.m. at Webb Funeral Home.  Interment will be in the Lewiston, Utah Cemetery.  Memories and condolences may be shared with the family at webbmortuary.com  A WELL LIVED LIFE OF KINDNESS AND GENEROSITY.

To order memorial trees or send flowers to the family in memory of Wayne Lamar Creger, please visit our flower store.
Send a Sympathy Card