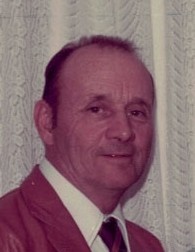 Victor Paul Nash, Jr. 88, passed away Wednesday, May 23, 2018 at his home surrounded by his loved ones. He was born on November 10, 1929 in Logan, Utah to Victor Paul Nash Sr. and Wanda Mary Bingham the eldest of five children. He married the love of his life Arlene Keller on November 3, 1952 in the Logan LDS Temple in Logan, Utah. They are the parents of three daughters: Christy Lynn (Richard) Stevenson, of Linrose, Idaho, Robin Lee (Garth) Stevenson of Preston, Idaho, and Roxanne (Kelly) Mickelsen of Preston, Idaho.

Victor is one the of the kindest, soft-hearted people you will ever know. He served selflessly and quietly, never looking for thanks or attention. Having grown up on a farm, he learned the value of hard work, sometimes working two jobs to provide for his family.

It was no secret how much Vic loved horses his whole life. We're not sure he didn't come out of the womb on a horse. It began as a youth, riding them on the farm and for fun. He then moved to breaking them for himself as well as others. Pretty soon he was showing them at fairs and quarter horse shows, while also raising babies. However, his favorite of all was when he began training his horses for the race track and cutter races. During this time of his life he earned many prestigious awards from the Idaho Quarter Horse Association, but Dad didn't do it for the awards, he did it because of his love of horses. After 27 years working at the State of Idaho Department of Transportation he was able to do horse racing full time. It was one of the happiest times of his life. The later years of Mom and Dad's life were spent breeding mares and raising baby colts. As a team, Mom and Dad were very successful. These baby colts were trained as top barrel racers and top runners at the race track.

Dad was a faithful member of the Church of Jesus Christ of Latter-day Saints, living a life of humility and faith. The last 19 months Victor has eagerly awaited the reunion with his sweetheart, who passed away November 13, 2016. As a family we are so grateful this reunion has finally taken place.

He is survived by his three daughters and their spouses, nine grandchildren 24 great grandchildren and two sisters, LaFaye Lowe and Paula Austin. He was preceded in death by his parents Victor and Wanda, his wife Arlene, his mother and father-in-law, Fairen and Elene Keller, his brother Mondell (Mont) Nash, and a sister Claudette Swainston.

Funeral services will be held on Wednesday, May 30, 2018 at 12:00 noon at Webb Funeral Home in Preston, Idaho with President Garth Stevenson conducting. A viewing will be held on Tuesday from 6-8 p.m. at Webb Funeral Home and Wednesday from 10:00-11:30 a.m. also at the funeral home. Interment will be in the Franklin Cemetery. Memories and condolences may be shared with the family at www.webbmortuary.com

The family would like to give special thanks to those who cared for our father the last few months of his life, Dr. David Beckstead, Thelma Rowley and Brenann Williams of Access Health Care. We will be forever grateful to Garth and Robin for the love and tender care they provided our father the last year of his life, making it possible for him to stay in his home until his passing.

To order memorial trees or send flowers to the family in memory of Victor Paul Nash Jr., please visit our flower store.