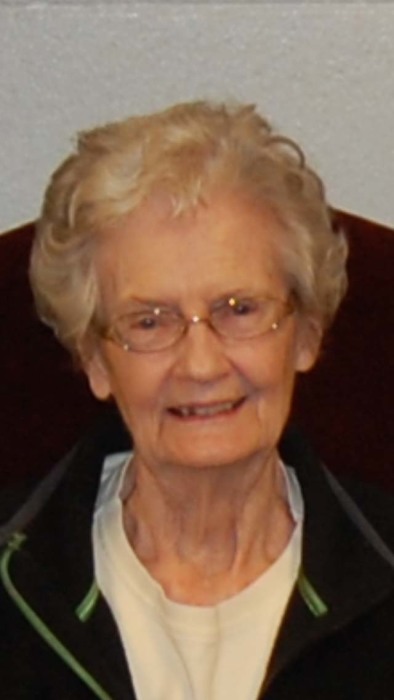 Venna Layne Oliverson, 86, quietly slipped away from this mortal life on Friday, May 12, 2017 at the Heritage Home in Preston, Idaho. Venna was born on February 24, 1931 in Lewiston, Utah to Lester Oral Layne and Zora Marler Layne. She grew up in Lewiston and attended schools there graduating from North Cache High School in Richmond, Utah. In her later years she attended Utah State University studying there for a time.

On November 29, 1949 Venna Married Kenneth LaMar Oliverson in the Idaho Falls LDS Temple. They made their home in Whitney, Idaho where they raised their six children Gary, Christine, Sherri, Patsy, Michael and Wendy. She was an active member of the Church of Jesus Christ of Latter-day Saints where she faithfully served in many church callings over the years. She participated in many community musicals and was part of the theater guild.

Venna loved music, playing her piano was one of her favorite things. She was also a part of a singing group, Village Voices. When raising a family, she even had time to play piano in a local dance band. She enjoyed tap dancing and clogging. She made the best pies, rolls and also made delicious homemade bread. She was a loving Mother, Grandmother, Great Grandmother and friend.

To order memorial trees or send flowers to the family in memory of Venna Oliverson, please visit our flower store.
Send a Sympathy Card