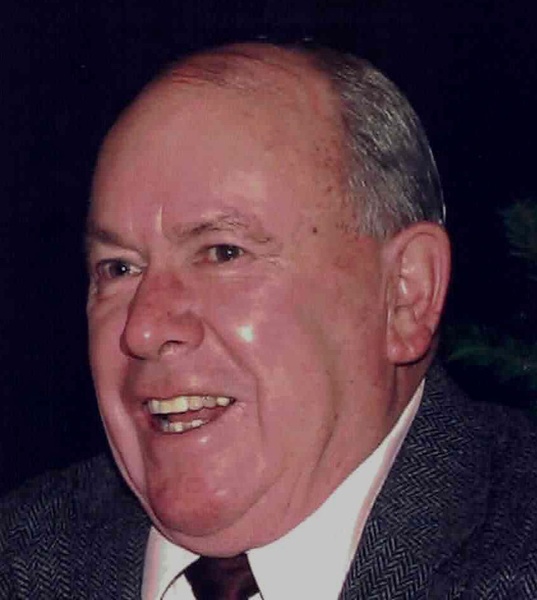 Vaughn Lucien Blair, 87, passed away peacefully at his home on September 7, 2021. He was born on September 2, 1934 in Logan, Utah to Anthony (Bob) and Leona Jackson Blair. Vaughn was a lifelong resident of Lewiston and graduated from North Cache High School. He loved sports and was an all state football player and ran track as well. He loved coaching his sons in baseball and loved watching his family in all their sporting events.
Right out of high school he joined the Army and served during the Korean War. He was in communications based out of Germany from 1953 -1955. After his service he met the love of his life, Barbara Hillyard and they were married in the Logan Temple on November 10, 1955. They were blessed with three sons Bradford L Blair, Kevin Vaughn Blair and Mark H. Blair.
Vaughn was actively involved in his community. He was a member of the North Cache Riding Club, President of the JCs, and served on the Planning and Zoning committed for eight years, as well as on the Lewiston Fire Department for 30 years, where he was fire chief for eight years. Vaughn was the Lewiston barber for 53 years. People from all over would come to hear stories and maybe even get a haircut. Vaughn and Barbara loved traveling and saw many beautiful places, Oregon being one of their favorites.
Vaughn is survived by his wife Barbara, of Lewiston; his sons Brad (Susan) Blair, and their children Jamie, Kristi, and Kallie Blair; his son Kevin (Susan) Blair and their children Rebecca (Justin) Williams; Nicolas (Linna) Blair; Colton (Kaycee) Blair and Sydney (Colby) Searle; and his son Mark (Dixie) Blair and their children Jason (Jenny) Blair and Jake (Heather) Blair. He is also survived by 20 great grandchildren. He is also survived by his sisters Karma Karren and Gayle Dean Bradford. He was preceded in death by his parents Bob and Leona and a brother Bradford.
Vaughn loved his whole family very much and loved their visits. He will be dearly missed.
Funeral services will be held Monday, Sept 13, 2021 at 12:00 noon in the Lewiston 4th Ward Chapel at 10 South Main in Lewiston. A viewing will be held Sunday from 6-7:30 pm at the church and Monday from 10:30-11:30 a.m. also at the church. Interment will be in the Lewiston Cemetery. Memories and condolence may be shared with the family at webbmortuary.com

To order memorial trees or send flowers to the family in memory of Vaughn Lucien Blair, please visit our flower store.