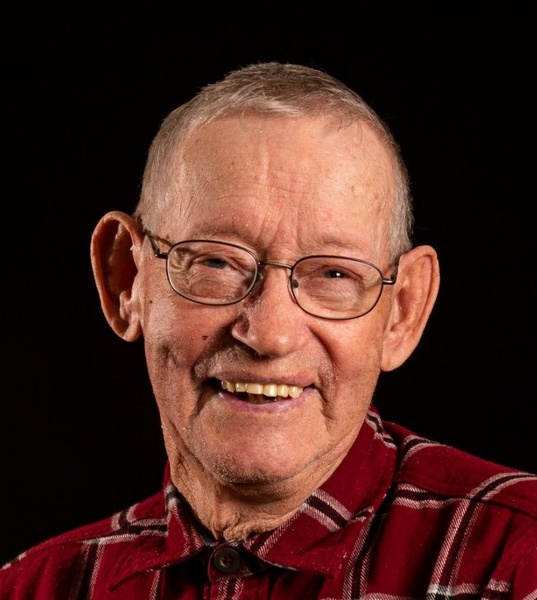 Rulon Thomas Petterborg (Tom) was born April 30, 1939 to Guy Clifford and Cecelia Rose Kelly Petterborg in Preston, Idaho.  He was welcomed and taken care of at home by eight brothers and sisters.  Two years later another brother joined the family.

He married Judith (Judy) Moser September 22, 1961 in the Logan Temple.  They had eight children, and were able to raise seven of them on the family farm in Glendale, Idaho.  One infant daughter, Kelly, died at birth.

Tom drove the school bus for a few years, then Judy took over.  Tom bought a milk truck and delivered milk to Gossner Foods for ten years.    After he sold the milk truck, he became a loyal employee of Gossner Foods until he retired.

Tom was a hard worker and continued to run the family farm.   He also made sure his children had a strong work ethic. Judy passed away in 2015 and Tom strived valiantly to maintain the house and yard as she did, despite his declining health.  Tom stayed on the farm in Glendale and continued working with his black cows, which he fondly called his “black beauties.” He was still “improving his herd” at the time of his death.

Tom loved to visit with people and made friends wherever he went. He loved his grandchildren and great grandchildren and was always happy when they came to visit.  Tom loved ice cream and prior to getting diabetes, enjoyed a huge, huge bowl in the evening before bed.  Tom passed away March 6, 2022 at Franklin County Medical Center surrounded by loving family.

Tom is survived by seven of his children:  Jerry (Terri) Petterborg, Kevin (Liana) Petterborg, Jamie (Kurt) McLaws, Jeff (Sandi) Petterborg, Kory (Ruth) Petterborg, Cherie (Quivon) Carter, Allie (Andrew) Titensor, twenty-six grandchildren, and 34 great grandchildren. Tom was preceded in death by his wife, Judy, daughter, Kelly Cecelia, granddaughter, Shakeara, his parents, and all of his siblings.  The family would like to give a special thank you to the Cache Valley Hospital Wound Care center.

Funeral services will be held on Thursday, March 10, 2022 at 11:30 a.m. at the Preston North Stake Center, 310 N. State, Preston, Idaho.  Viewings will be held on Wednesday from 6-8 p.m. at Webb Funeral Home, 1005 South 800 East, Preston and Thursday from 10-11 a.m. at the church.  Interment will be in the Preston Cemetery.  Memories and condolences may be shared with the family at webbmortuary.com

Services will be avialale to stream live on Thursday March 10, at 11:30 a.m. at the following link

To order memorial trees or send flowers to the family in memory of Tom Petterborg, please visit our flower store.