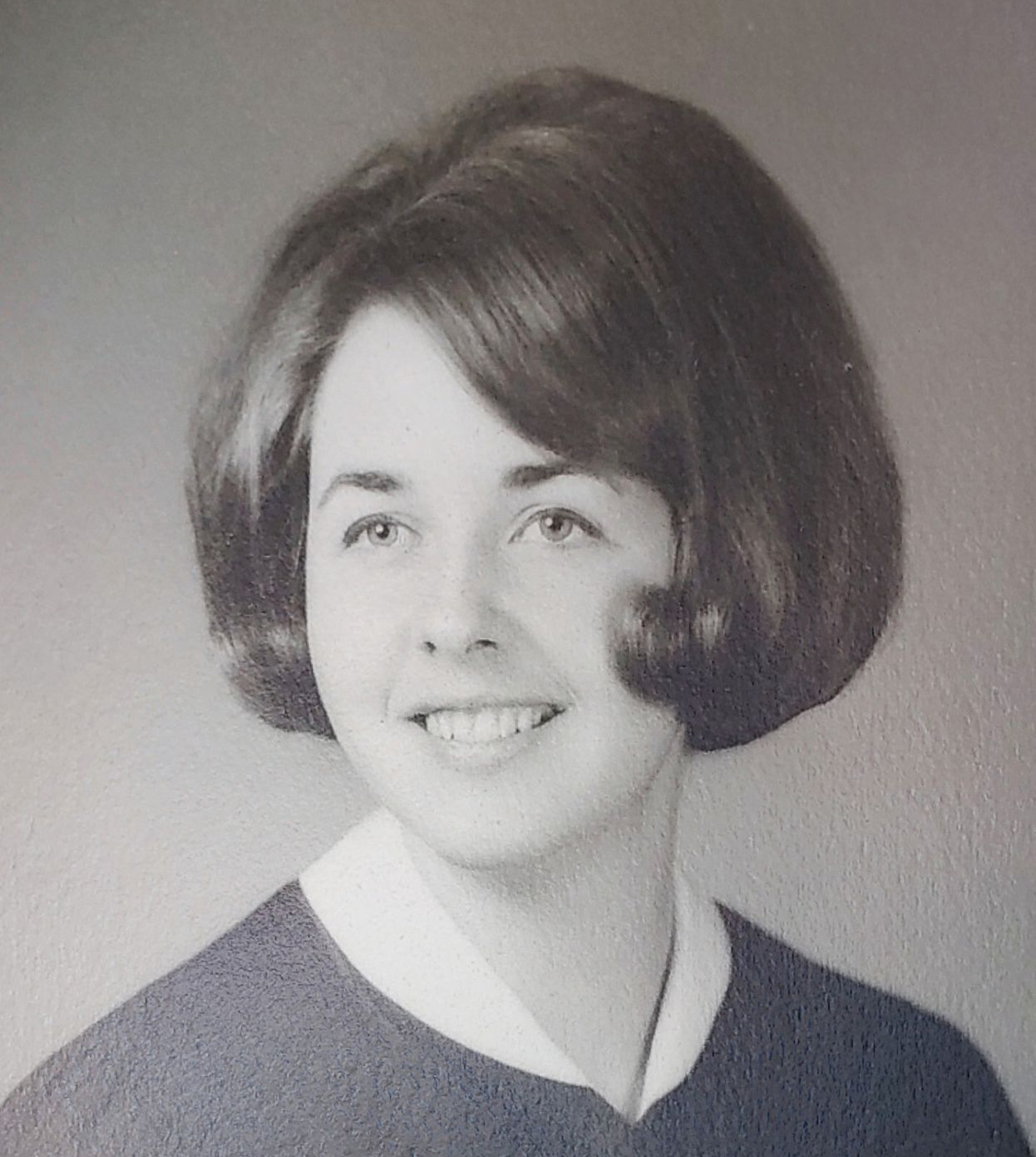 Tina Mary Hollands Stewart passed away peacefully at home on Thursday, August 5, 2021, with her children and husband at her side.
Tina was born August 24, 1946, in Los Angeles, California, to Irene Jacobsen Hollands and Eric Dineley Hollands, after her daddy returned from the European theater of World War II.
She grew up on a small farm run by her mother in Bellflower, California. Her daddy worked at Richfield Oil. As a child, Tina sat with her British grandmother at a roadside fruit and vegetable stand selling the produce from her mother’s farm.
An only child, she often described herself as “spoiled.” Tina traveled extensively with the adults in her life, seeing much of the United States by car with her grandparents. At age nine, she was a Girl Guide (predecessor of Girl Scouts). During a months-long trip through Europe to see relatives in England and Norway, she served as a Girl Guides Ambassador, visiting troops in England and on the Continent—and even corresponding with and being invited to tea at Hampton Court Palace with Lady Baden-Powell, the wife of the founder of the Boy Scouts of America.
A strong student, Tina was singled out as gifted, although her report cards always show B’s for her marks in PE. One of the “Sputnik Kids,” she was fast-tracked into math and science courses when the Cold War with Russia had the Soviets leading in the race to space. Between her junior and senior year, she studied at UC Santa Barbara. She graduated as Female Scholar of the Year from Bellflower High School in 1964.
Laboratory science lost her, however, and the English Department gained a scholar when she attended Utah State University, where she chose the teaching track. She served in the Spurs service organization, in leadership positions, and was nominated for a Robbins Award for personality of the year as a sophomore. She was chosen for a study-abroad program at the University of Grenoble in France. She graduated with a degree in French and English in 1968.
Education was one of her priorities, and she determined to help others reach their potential for learning and intellectual growth. She took her skills and these goals to the classroom, where she taught English and French for three years at Sky View, and later at Preston High School, where she taught for 25 years. She once told her husband Bill she figured out that teaching had very little to do with the subject matter being taught. Instead, she focused on her students, lifting them and helping them find a vision for themselves. She also taught at Utah State University. Later in her career, she earned a master’s degree in counseling and served as a counselor at Preston High, which was a good fit for her wisdom and compassion.
While at Utah State, she met her husband and the love of her life, Boyd William Stewart. They were married in August of 1968, between his US Air Force tours of duty in Viet Nam. They lived and began their family in a two-story split-log cabin in Logan Canyon at Birch Glen. Later they moved to North Logan where she made many lifelong friends. Their four children were born during those years. In 1979, they moved to Weston, Idaho, to run a dairy farm. Both she and her husband Bill taught school.
Helping others was her life’s focus. She had the unusual gift of seeing your need even before you knew it yourself. She loved teaching the gospel of Jesus Christ, and she loved the temple. Bill and Tina served a mission to Historic Kirtland Ohio in 2008-2009. In church service, she served as the Relief Society president, the Young Women president, and in several other callings. But her real calling was simply to love and minister to others as a wife, mother, friend, servant, guide, and counselor. She wore out her life in selfless service. Experience from her own personal health challenges taught her how to bless the lives of others through empathy and compassion.
Tina is survived by her husband Boyd William Stewart; her four children: Jennifer (Gary) Griffith; Carrie (Chris) Cutler; Bill (Brooksie) Stewart; Adrienne Johnson; nineteen grandchildren, and one great-grandson.
Funeral services will be held Monday, August 9, 2021 at 11:00 am. in the Weston Idaho Chapel (27 N. Center, Weston, Idaho). Viewings will be held Sunday, August 8 from 6-8 pm at Webb Funeral Home (1005 S. 800 E. Preston, Idaho) and again prior to the funeral from 9:30-10:30 am at the church. Memories and condolences may be shared with the family at webbmortuary.com
The family has asked that those who want to honor Tina please perform a personalized, individual act of kindness for someone in Tina’s memory.

To order memorial trees or send flowers to the family in memory of Tina Mary Hollands Stewart, please visit our flower store.
Send a Sympathy Card