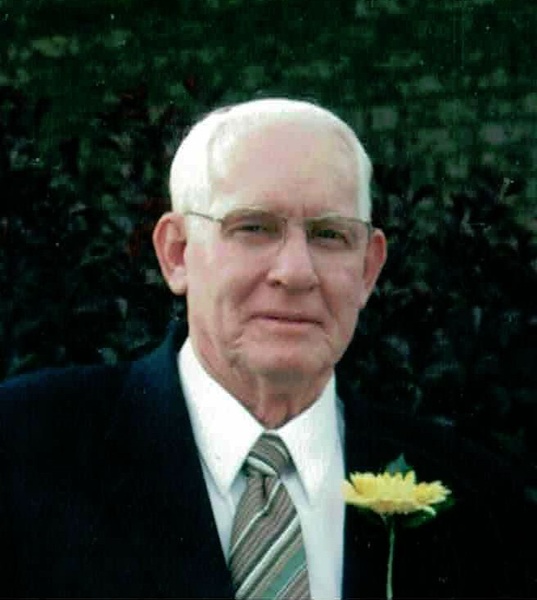 Tarrel Elvin Shepherd, also known as "Terry" or "Shep" returned to his Heavenly home Saturday, August 14, 2021. He was born July 19, 1940 to Elvin John and Lola Hulse Shepherd in Preston, Idaho.

Terry grew up in Dayton Idaho with five brothers; Max, Raymond, Leo, Dale and Billy and two sisters; Ellen Sue and Roma. He attended elementary school in the old yellow brick school, and then at West Side Junior/Senior High School.

Growing up, Terry worked for many farmers in the area, from hauling hay, thinning beets and working in the potato fields where he met the love of his life Barbara Sparrow. They were married on November 6, 1958 and were later sealed in the Logan Temple on March 8, 1967. For the majority of their marriage they lived in Dayton, Idaho where they raised their three children. After they were married, he worked for Cache Meadow Dairy milking cows. In the spring of 1959 he went to work for Lynn Fackrell Plumbing and Heating. He worked there for 6 1/2 years and was able to receive his journeyman plumbing license. In November of 1965 he went to work at Monsanto Chemical Company until he retired in August of 1995.

Terry was a lifelong member of the Church of Jesus Christ of Latter Day Saints. He served in many capacities throughout his life. He also served as Temple Officiator in the Logan Temple for seven years. One of his greatest qualities he shared throughout his life was giving service to others. He served many people throughout his lifetime including serving the widows in the ward, his family, friends and neighbors, he was always willing to help anyone.

Terry is survived by his son Wade (Fran) Shepherd, Olyphant, PA; daughter-in-law Allyson Bodily Wadsworth, Preston, ID; and a daughter Jodi (Mike) Balls of Meridian, ID. He is also survived by 11 grandchildren and 9 great grandchildren. He was preceded in death by his wife Barbara, a son Heath and his parents and a brother Max.

A special thank you to Tamara Austin and her family for loving our father as if he was one of your own. We extend our sincere and heartfelt thank you to FCMC, Dr. Jeffers and especially to all the nurses that gave excellent care and compassion. Also to the Heritage Home for your love and compassion.

Interment will be in the Dayton Idaho Cemetery. Memories and condolences may be shared with the family at webbmortuary.com

To order memorial trees or send flowers to the family in memory of Tarrel Elvin Shepherd, please visit our flower store.