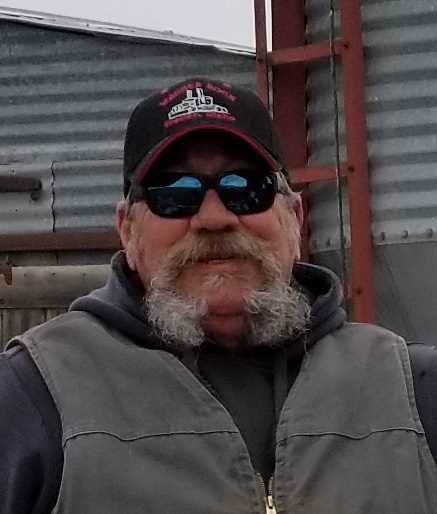 Steve Michael Wanner, age 66 passed away on October 7, 2020 at Portneuf Medical Center due to complications of a blood clot. Steve was born February 19, 1954 in Preston Idaho son of Lincoln Bertus Wanner and Arlene Sharp Wanner.

Steve grew up on a ranch in Glendale Idaho where he learned his love for horses and cattle. He also loved to hunt and fish the hills of Cub River. Steve was drafted into the armed services at the young age of 17 where he was a sharpshooter in the United States Army. Upon completion of the Army, Steve worked in the trucking business with his Uncle in California where he gained his love for big stacked long hooded Peterbilts. He loved riding his Harley and his motto was the louder the pipes the better.

Steve married Vickie Carter on April 16, 1994 in Preston Idaho. Steve worked hard to start his own business Wanner Rock, that he was very proud to run with his son Jessy Wanner for over 20 years. Steve loved raising cattle and he also loved watching his son Jessy in cutter racing and the many demolition derby’s. He was proud to sponsor lots of Jessy’s friends who he thought of as his own. He was a proud member of the Preston Elks Lodge and a member of the Church of Jesus Christ of Latter-Day Saints.

Steve is survived by his wife Vickie, son Jessy Michael and daughter Stephanie (Brad) Larsen and 2 grandchildren, his brothers Jerry Bertus, Bruce Lincoln (Susie) and Randy Lee (Jill) and many nieces and nephews. He was preceded in death by his father Lincoln Bertus, mother, Arlene, and sister, Vicki.

Funeral services will be held on Friday, October 16, 2020 at 12:00 p.m. at the Preston Idaho Cemetery. Please bring a chair and a jacket and come celebrate Steve’s life with us.  A viewing will be held on Thursday from 6-8 p.m. at Webb Funeral Home, 1005 South 800 East, Preston, Idaho.  Please comply with Covid guidelines. Military rites and interment will be in the Preston Cemetery.  The family would like to thank the staff at Franklin County Medical Center and the team of doctors and nurses at Portneuf Medical Center.  Memories and condolences may be shared with the family at webbmortuary.com

To order memorial trees or send flowers to the family in memory of Steve Michael Wanner, please visit our flower store.