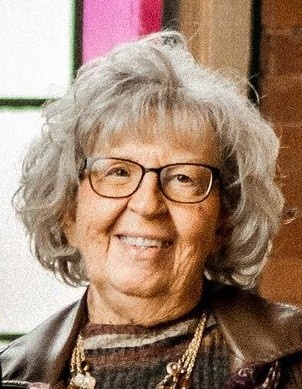 Sonjia Johnson Covert, 79, passed away peacefully on October 28, 2019 at the Franklin County Medical Center.  Sonjia was born May 8, 1940 to Conal and Irene Johnson in Preston, Idaho.  She graduated from Preston High School in 1958.

She married Theo Covert on September 25, 1959 in the Logan Temple.  They raised four children.  They have been blessed with 15 grandchildren and 27 great grandchildren.

Sonjia loved serving in her church callings and her community, sewing, playing pinochle with friends, quilting, watching sports (especially family and the Utah Jazz), horse riding, supporting grand kids in their activities, gardening, cooking, her pets, and feeding the birds.  She especially loved serving as a missionary at Cinnamon Creek Camp and in the temple with her husband. Sonjia worked as a secretary at Franklin County Grain Growers and ASCS office for many years.

Sonjia was born with Gaucher Disease.  In lieu of flowers or other donations, Sonjia has requested donations be made to the National Gaucher Foundation, www.gaucherdisease.org/donate, in memory of Sonjia Covert.  Use talbotsnj@gmail.com as the individual to be notified of your tribute.  Memories and condolences may be shared with the family at webbmortuary.com

To order memorial trees or send flowers to the family in memory of Sonjia Covert, please visit our flower store.