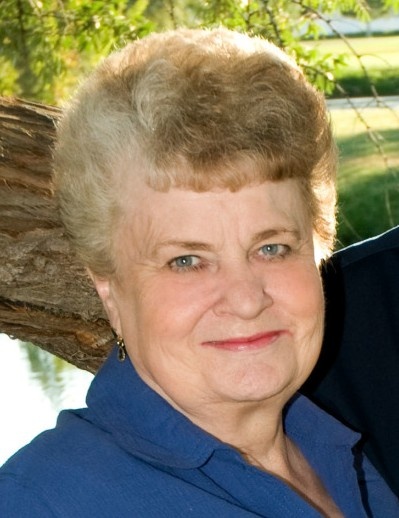 Sonja Nielsen Moore of Preston Idaho, passed away peacefully at her home, on July 7, 2018 at the age of 77.  She was born on August 9, 1940.  Sonja was the oldest of Charles and Ruth Nielsen’s 5 children.  Although she grew up on a farm in Winder, Idaho, she joked that she didn’t grow up on a farm, but grew up in a house on a farm.  She graduated from Preston High School in 1958.  She continued her education at the Nancy Taylor Finishing School in Salt Lake City, Utah.  She then attended Utah State University, where she met the love of her life Jerry Moore.

She married Gerald “Jerry” Moore in the Logan Utah Temple on September 28, 1961.  After Jerry graduated from USU, they lived in Lava, Idaho for a year before making their permanent home in Preston, Idaho where their five children were born (Craig, Kent, Jeri Lin, Sandra “Sandy,” and Jill).  She was always proud of her children’s accomplishments and was heartbroken when her baby Sandy passed away at 14 months.

Family was very important to Sonja; she loved when her many nieces and nephews came to visit.  She was thrilled when her children finally gave her the title of “Grandma.”  She was a doting grandmother to six grandchildren (Tamara, Richard, Kathrine, Ethan, Gavyn, and Kennedy) and was ecstatic to become a great-grandmother to Austin in the last year.  Since none of her grandchildren lived close, she was fulfilled by becoming an adopted grandmother to many children in the community.  You never left Grandma Sonja’s without a treat.

In addition to raising her children and keeping her home, Sonja was a childcare provider for 23 years to over 100 children.  She loved and has fond memories of all the children for whom she cared.  She was also an active member of the Church of Jesus Christ of Latter-Day Saints, serving in the Primary and as Ward Librarian and Visiting Teacher.  After retiring she served as an ordinance worker with her husband for 11 years in the Logan Temple.

She was a member of the Preston’s Unites States Bowling Congress (USBC) and participated in the women’s and couple’s leagues for over 40 years.  She and Jerry were inducted into the Preston USBC Hall of Fame in 2017.  She was an avid Chevron car collector and had collected over 50 of the cars.  She loved shopping and would find opportunities to collect jewelry anywhere she went.  Her grandchildren looked forward to visiting every summer when she would take them miniature golfing and go-carting.  Their favorite part was the annual water fight; it was the only time they were allowed to get her hair wet.

To order memorial trees or send flowers to the family in memory of Sonja Moore, please visit our flower store.