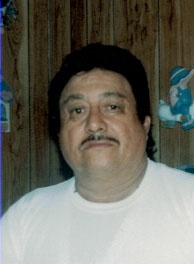 Socorro Miranda, 75, passed away unexpectedly on June 14, 2017 in Salt Lake City, Utah of complications from a stroke. He was born on January 27, 1942 in Agua Blanca, Bachiniva, Chihuahua, Mexico to Jesus Maria Miranda and Maria Elena Ordonez. Two sisters welcomed him. He was the first boy out of 12 children. He lived in Agua Blanca until his teenage years then he moved to Ciudad Juarez, Chihuahua. There he met the love of his life, Irma Estrada. On June 18, 1965 there were married in Juarez. They had three children, Carlos, Rocio, and Cindy. In 1972 they came to the United States and here he spent the rest of his life. Socorro met LDS missionaries and in 1980 he finally met two sister missionaries and he was baptized into the LDS faith. In 1984 He and Irma were sealed in the Logan Temple. In 2003 his sweet wife passed away. He was very lonely for a few years before me met Alba Tepetate in 2007. They were married in 2008 in Franklin, Idaho.

Socorro was a very hard working man. He was a welder by trade and he loved to work with all the farmers in the valley. He loved people and could spend hours at the store visiting with those he knew. He loved to tease and loved his family very much.

He is survived by his wife, Alba, of Franklin; his children Carlos Miranda, Rocio (Arcadio) Gomez, and Cindy Miranda, all of Preston; and Maria Elena Miranda of Franklin, Idaho. He is also survived by seven grandchildren, seven great grandchildren, six sisters, five brothers and many nieces and nephews. He was preceded in death by his Wife Irma Miranda, his parents, parents-in-law, a niece, and five nephews and four brothers-in-law.

Funeral services will be held on Saturday, June 17, 2017 at 11:00 am in the Franklin Stake Center, 106 East Main in Franklin. A viewing will be held Friday from 6-8 pm at Webb Funeral Home and Saturday from 9:30-10:30 am at the stake center. Interment will be in the Franklin Cemetery. Memories and condolences may be shared with the family at www.webbmortuary.com

The family would like to thank the staff at McKay-Dee Hospital and LDS/Promise Hospital and Dr. Beckstead and staff for always taking good care of him.

To order memorial trees or send flowers to the family in memory of Socorro Miranda, please visit our flower store.