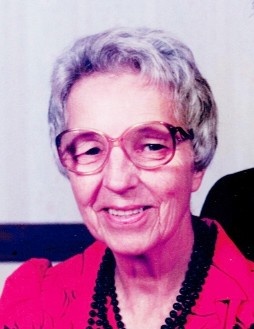 Shirley Jean Henderson Keller, 96, was born on June 3, 1924, and passed away in Clifton, Idaho on November 15, 2020, of many birthdays.  She was born in McCammon, Idaho to Lawrence Chivers Henderson and Marguerite Bingham Henderson.  She was the third of seven children and lived in a small, two-bedroom home in Clifton, Idaho with no running water.

She learned gardening working by the side of her mother at a young age.  She always grew a big garden and loved to share the produce with family, friends and neighbors.  She loved reading, a trait she passed on to her daughters.  She was an avid Utah Jazz fan and would yell at the TV giving them instructions.  She was also a big Chicago Cubs fan and was excited when they finally won the World Series.  She loved camping and she had a quick wit and sense of humor.  She was a very private person and didn’t like to be the center of attention.  Most important in her life was her family.

A special thanks to Kristi & Jim and their family for the loving care they have given her in their home for the last five years.  We would also like to thank the hospice aids and nurses for the care they gave her over the last few months.

She was preceded in death by her parents, by her husband, Ruel; by a daughter, Gerri Carter; a granddaughter, Jenna Loveless; and by her siblings: Rayola Mickelson, Margaret Van Leuven, Jack Henderson, JoAnn Pattis, Rex Henderson and Blair Henderson.  She is survived by her daughters, Tammie (Joe) Benson of Logan, Utah; Kristi (Jim) Westover of Clifton, Idaho; Kallin (Grant) Gordon of Whitney, Idaho; by her son-in-law, Rod Carter of Beaver Dam, Arizona; by 13 grandchildren and by numerous great and great-great grandchildren.

There will be a family only viewing on Thursday from 9:30-10:30 a.m. at Webb Funeral Home.  Interment will be in the Preston Cemetery.  Memories and condolences may be shared with the family at webbmortuary.com

To order memorial trees or send flowers to the family in memory of Shirley Jean Keller, please visit our flower store.