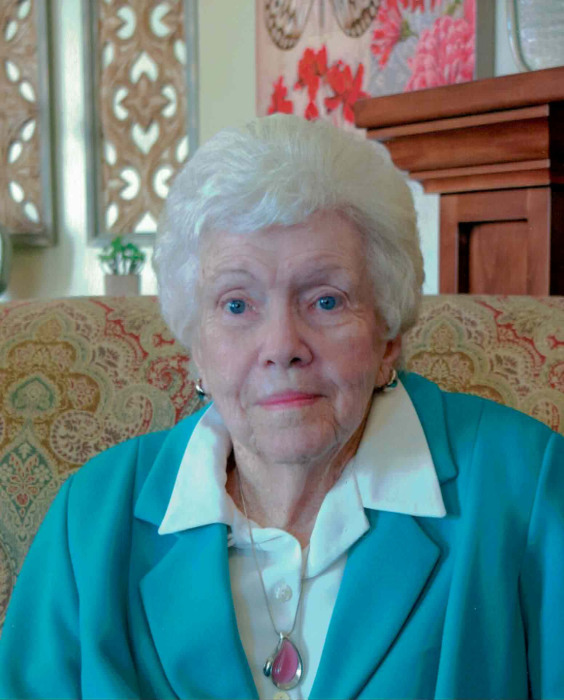 Shirley Gill Johnson, beloved wife, mother, daughter, aunt and friend returned home on Monday, September 25, 2017, to be with her Heavenly Father and all her loving family members who have gone home before her.  Shirley was born to Archie W. Gill and Adelaide Clayton Gill on August 3, 1928, in Preston, Idaho.

She is survived by her husband, Elmer Ray Johnson; by three daughters, Shirlene (Randy) Halford of Preston; DeAnn (Pamela) Mitchell of Texas; Jacqueline (Nate) Carrico of Texas; twenty-two grandchildren, fifteen great-grandchildren, and numerous nieces and nephews.  She was preceded in death by her loving parents and her sisters, Colleen Richards and Sandra Curtis.  Shirley and Elmer were married October 12, 1951 in the Logan Utah Temple.  They were sweethearts forever.  Last October 12, they celebrated their 65th wedding anniversary.

Family was always important to Shirley.  Her life was one of service to her fellow man.  If there was someone in need, she was always there to help.  Shirley was always active in the LDS Church and she had an abiding love and testimony of the gospel of Jesus Christ.  She served in numerous ward and stake callings.  She served a mission in the Northwestern States Mission and after their family was raised Shirley and Elmer served a mission at Cove Fort, Utah.  She was loved and admired by everyone.

The family would like to express their thanks to Dr. Beckstead and the staff at the Franklin Medical TCU Center for their loving care of Shirley.

Funeral services will be held on Tuesday, October 3, 2017 at 12 noon in the Preston South Stake Center, 55 E. 1st S., Preston with Bishop Zan Nash conducting.  Friends may call Monday from 6-8 p.m. at Webb Funeral Home, 1005 South 8th East, Preston and Tuesday from 10:30-11:30 a.m. at the stake center.  Interment will be in the Preston Cemetery.  Memories and condolences may be shared with the family at www.webbmortuary.com

To order memorial trees or send flowers to the family in memory of Shirley Johnson, please visit our flower store.
Send a Sympathy Card