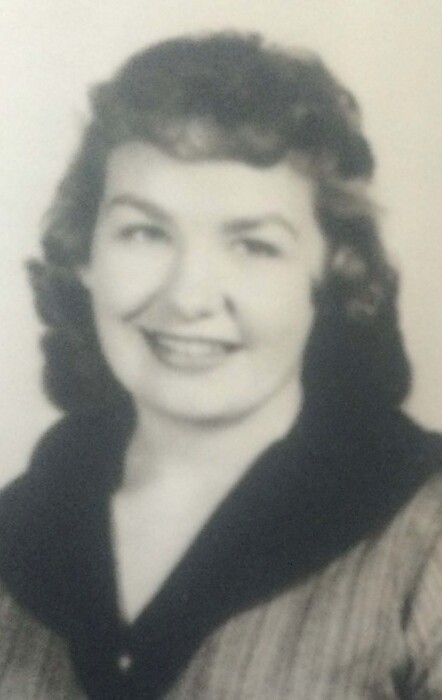 Sherry Woolf Hunn returned to her Heavenly Father the morning of August 12, 2020 due to the effects of dementia. She was the second of eight siblings. Sherry was born September 3, 1935 in her aunt’s home to Sherman James Woolf and Thea Tate. She was a calm baby who slept well, much to the shock of her mother’s quilting circle.

Sherry grew up working hard on her family farm in Riverdale, Idaho. She hauled hay, shucked grain, brought in the horses, fed pigs, thinned beets, and weeded their large family garden. In her small community her first 8 grades were in a two-room schoolhouse, and she was baptized in the Bear River. Sherry picked strawberries and potatoes to earn money for school clothes.

After high school graduation, she and her cousin moved to California where she worked in a toilet paper factory. In California she met George Hunn and they were married at the family home in Riverdale, on August 18, 1956. George was in the U.S. Air Force and they spent the next several years stationed in Wyoming, Texas, Missouri, California, and England. They liked hunting for antiques together. Sherry especially liked to buy “surprise boxes” and see what treasures were inside. They welcomed two children, Eric while stationed in England and Teri in Texas. Sherry enjoyed learning Judo and supporting George and Teri in their competitions.

Sherry grew very close to her sisters after she returned from England. They loved to regularly travel, camp, joke, and laugh together. They enjoyed all the time they spent together and made many lasting memories.

George and Sherry separated and she settled in Shelley, Idaho. She worked in a potato factory and raised her children. Sherry was an incredibly hard worker, she was physically and emotionally strong, and conservative with her money, even managing to pay off her house. Sherry was fiercely independent and enjoyed living alone. But she was also a very giving person. She once drove from Shelley to Provo with a mattress on the top of her car for Eric, and was always bringing the family bags of potatoes.

Sherry moved down to Salt Lake City in 2000 to be closer to her daughter and sisters. She wanted to bring a tiller to build a garden, despite living in an apartment. Sherry loved being outside and laughing. Sherry was diligent with genealogy and loved doing it. Every Sunday she would help people with their family history, and would often go downtown to work in the genealogy library.

In 2010, when Sherry could no longer drive, she moved in with her sister Muzette. This was hard for independent Sherry, but she worked hard on the house and mowed the lawn. They went to Weight Watcher’s together and after the weigh-ins, they would stop at Golden Corral for all-you-can-eat dinner. She loved her Friday dates with her daughter Teri and spending time with her grandkids. Sherry was always grateful for Muzette braving Salt Lake City rush hour so she could go watch granddaughter Rachel play basketball.

In 2014 Sherry’s condition deteriorated and she was moved to Preston to be closer to her son Eric. She was much beloved at The Heritage Home and was known for her smile and feisty demeanor. She loved to sing, was grateful for her siblings’ regular visits, and enjoyed when the Relief Society brought children around.

Sherry was a loving but firm grandmother. Her grandchildren fondly remember the perfect grandma house, playing on the orange shag carpet, swinging from the apple tree, picking raspberries, and learning to ride a bike on grandma’s red bicycle with no pedals. She taught them, and other family members, how to do puzzles, can, make raspberry jam, shoot squirrels, quilt, crochet, garden, and the value of a dollar and a hard day’s work.

Funeral services will be held Monday, August 17, 2020 at 11:30 a.m. at the Preston 10th Ward Building (155 North 2nd West, Preston, Idaho). A viewing will be held prior to the funeral from 10:30-11:15 a.m.  Interment will be in the Riverdale Cemetery. Memories and condolences may be shared with the family at: webbmortuary.com

To order memorial trees or send flowers to the family in memory of Sherry Hunn, please visit our flower store.
Send a Sympathy Card