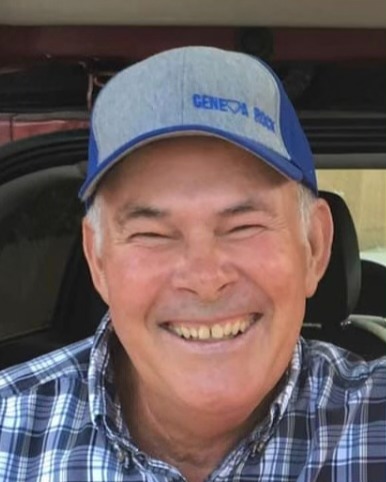 Sheldon Sant Coburn, 68, passed away peacefully on September 5, 2022, from cancer, at his home in Treasureton, Idaho with his loving wife at his side. He was born September 23, 1953, in Preston, Idaho to Mary Alice Sant and Cecil Lawrence Coburn. He was the 10th of 11 children. He grew up and attended school in Preston, graduating from Preston High School.

Sheldon gained a love for nature and the outdoors at a young age. He enjoyed hunting and fishing with his father and brothers.

He married Susan Foster and together they had 4 children. They later divorced and he met Marianne Smith through a mutual friend. They were married August 13, 1993, and later sealed in the Manti Temple.

Sheldon was very hard working. He was a general contractor for 45 years and owned his own construction company. He operated a small cattle ranch with his son Brady. He enjoyed being outdoors, camping, hiking, horseback riding, fishing, and he was an avid hunter.  He was a faithful member of the Church of Jesus Christ of Latter-Day Saints and served in many callings.  He especially enjoyed working with the young men and serving as a temple ordinance worker.

He loved his family and enjoyed spending time with them playing games and camping. He was proud of his children and their accomplishments.

He is preceded in death by his parents, a sister Enid (John) Christensen, brother Clyde Coburn, his brother and sister-in-law Paul and Kay Coburn, and by his mother-in-law Leone Smith.

Funeral services will be held Saturday, September 10, at 12 PM in the Riverdale 2nd Ward Chapel, 3562 North 1600 East, Preston Idaho. The services will be streamed live and may be watched Saturday at 12:00 pm (MST) by clicking on the following link:

Viewings will be Friday, September 9, 6-8 PM at Webb Funeral Home, 1005 S 800 E Preston, Idaho and Saturday prior to the funeral, from 10:30 to 11:30 AM at the Riverdale Chapel. Interment will be in the Preston Cemetery.  Memories and condolences may be shared with the family at webbmortuary.com

To order memorial trees or send flowers to the family in memory of Sheldon Sant Coburn, please visit our flower store.
Send a Sympathy Card