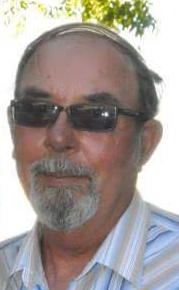 Sheldon Brent Beckstead, 69, passed away suddenly from an apparent heart attack on Monday, October 30, 2017 in Afton, Wyoming. He was born on May 23, 1948 in Preston, Idaho to Sheldon Gayle and Verda Bodrero Beckstead. Brent was raised on the family farm in Whitney, Idaho with his two older sisters Sharon and Gayle. Brent moved to Rupert, Idaho during high school when his father was transferred with the Almagamated Sugar Company. Brent graduated from Minico High School in 1966.

Brent married Olivia Jean Smith and they had two children, Micheal Dean and Terri Lyn. They lived in Rupert, Idaho until Brent was asked to manage the new 4 Season Supply store in Preston, Idaho. They were later divorced. Brent was also blessed with another son, Cody Thomas Beckstead whom he raised in Soda Springs, Idaho. Brent worked for Mark III at the Monsanto Plant in Soda Springs, Idaho.

Brent met Afton Diane Lish in 1993 on a blind date and they became constant companions. They loved spending their time between their home in Lava Hot Springs, Idaho and their cabin in Alpine, Wyoming. Brent loved being outdoors, snowmobiling and his family. Since retirement, Brent and Diane have been avid fans of the Snowcross Racing Circuit.

To order memorial trees or send flowers to the family in memory of Sheldon Brent Beckstead, please visit our flower store.
Send a Sympathy Card