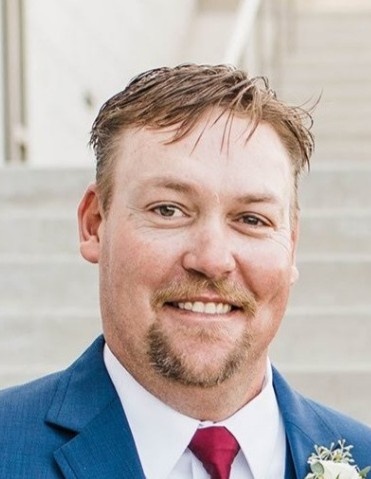 Scott Brady Palmer, “Scooter”, 47, of Moab, Utah and former Preston, Idaho resident, passed away unexpectedly on October 4, 2020.  Scott passed away while doing the thing he loved the most in this world- hunting. Scott at the time of his passing was camping on the La Sal Mountains with his son (Braydon Scott), daughter in law (Josilyn) and grandson (Krue).

Scott was the firstborn of Brad and Zona Palmer, and was born on January 29, 1973, in Seattle, Washington. Scott graduated from Grand County High School in Moab, Utah and continued his education at Southern Utah University. He spent most of his life in sales, doing what he was good at – communicating with strangers. He could talk to anyone, and you would think that they had known each other for years. Scooter spent most of his life outdoors, surrounded by family and friends. He was the sideline coach and cheerleader as he instilled his love of athletics into each of his children.

His greatest accomplishment he felt in his life was the opportunity to be a father to his 7 children. He took great pride in each of his kids, and reminded them constantly how he “loved them, bigger than the sky”. Though he had his demons, he always made sure his kids knew they meant the world to him, which we will hold in our hearts forever.

To order memorial trees or send flowers to the family in memory of Scott Brady Palmer, please visit our flower store.