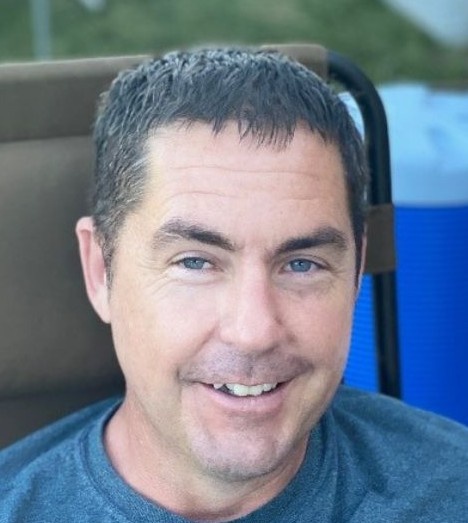 Ryan Leon Denton, 45, returned to his Heavenly Father on February 14, 2022. He passed away peacefully at Franklin County Medical Center, surrounded by family, when he suffered from complications after back surgery.

He was born on November 22, 1976 in Logan, Utah, the son of Steven Clark Denton and Cathy Ann Rich. Ryan grew up hunting, fishing, and enjoying the outdoors with his family in the Cache County area. He graduated from Sky View in 1994.  After high school he served a mission for the Church of Jesus Christ of Latter-Day Saints, in Calgary, Canada.  Upon returning from his mission, he met and married Josie Smith in the Logan temple. The couple lived in Franklin County, Idaho, where they had 3 children. Ryan’s children were the greatest source of pride and joy in his life.  Later, he and Josie divorced and Ryan married Michelle Furniss, of Arimo, Idaho.

Later in life Ryan decided to seek a Plumbing Certification at Bridgerland Applied Technology Center. He started a successful business, R&R Plumbing, with his friend and Brother-in-law, Raymond Smith, where he worked until his passing. Ryan took pride in his job and enjoyed helping people with their plumbing needs. He would often point at houses and say, “plumbed it!”, to his family and friends.

Ryan was an active member of the Church and enjoyed serving his various callings in the Franklin first Ward, where he enjoyed working with the young men as a basketball coach, as well as other duties.

Ryan had a passion for the outdoors and shared his love of all things hunting, camping, and fishing with his family and friends. He gained an appreciation for the outdoors early on in his childhood, when his parents would take him into the mountains. He enjoyed countless hunting and fishing trips with his children, brothers, and other family members. Ryan loved to cook and his family was eager to put him in front of a grill or a Dutch oven, where he would make the most delicious meals, but his specialty was his homemade root beer and ice cream!

He is survived by his daughter and two sons, Courtney, Tanner, and Karson Denton; by his mother, Cathy Denton, of Smithfield, Utah; his two brothers, Jeffery (April) Denton, of Logan, Utah; Tim (Gina) Denton, of Franklin, Idaho; and his sister, Lauren Denton; of Smithfield, Utah and his wife, Michelle Furniss.  He is preceded in death by his father, Steven Denton.

Funeral services will be held on Friday, February 18, 2022 at 11 am in the Franklin Stake Center, 106 E. Main, Franklin, Idaho. The services will be streamed live and may be watched Friday at 11 am (MST) by clicking on the following link:

Viewings will be held Thursday from 6-8 pm at Webb Funeral Home, 1005 S. 800 E., Preston, Idaho and Friday from 9:30-10:30 am at the church.  Interment will be in the Smithfield, Utah Cemetery.  Memories and condolences may be shared with the family at webbmortuary.com

To order memorial trees or send flowers to the family in memory of Ryan Denton, please visit our flower store.