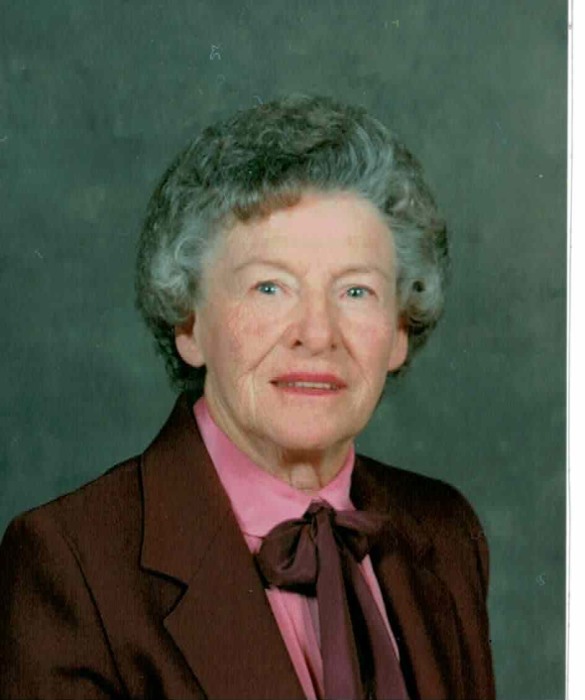 Ruth Archibald Aston, 94, passed away February 26, 2018 at the Heritage Senior Living in Preston, Idaho.  She was born February 27, 1923 in Wellsville, Utah to Allen Hendry Archibald and Laura Murray Archibald.  She was the third child of seven.

She attended grade school and Jr. High in Wellsville and graduated from South Cache High School and LDS Seminary in Hyrum, Utah.  She attended Utah State Agriculture College for one year and then worked at 2nd Street Defense Depot in Ogden. During this time, she met and married George Ivan Aston on September 26, 1944 in the Logan LDS Temple.

They lived in Smithfield where their son, Kent, was born.  They then bought a farm in Territon, Idaho.  After four years, they moved and settled in Dayton, Idaho.  Ruth ran the Dayton grocery store.  Later, they built a home where they enjoyed working on the farm with their children Kent, Roger and Suzy.

She really enjoyed gardening and always had beautiful flowers around her house.  She was an active member of the Church of Jesus Christ of Latter-day Saints and served in several organizations.  She enjoyed working at the genealogy library and attending the temple.  She was a loving person and took care of anyone that needed help.  She enjoyed and loved each of her grandchildren and great-grandchildren.

She is survived by her son, Kent (June) Aston of Weston, Idaho; by eight grandchildren, twenty-three great-grandchildren, by a sister, DeAnn (Blaine) Olsen of Hyrum, Utah; and by a brother, Garth Archibald of Wellsville, Utah.  She was preceded in death by her husband, George Aston; by a son, Roger Aston; by a daughter, Suzy Aston; by her parents and by four brothers, Virgil, Allen, Claine and Murray.

The family would like to thank the Heritage Senior Living and Access Hospice for their support.  A special thank you to Thelma Roley for her loving care of Ruth and to Dr. Beckstead for his care.

Funeral services will be held on Saturday, March 3, 2018 at noon in the Dayton Ward Chapel with Bishop Lance Henderson conducting.  Friends may call Friday from 6-8 p.m. at Webb Funeral Home, 1005 South 800 East, Preston and Saturday from 10:30-11:30 a.m. at the church.  Interment will be in the Dayton Cemetery.  Memories and condolences may be shared with the family at www.webbmortuary.com

To order memorial trees or send flowers to the family in memory of Ruth Aston, please visit our flower store.
Send a Sympathy Card