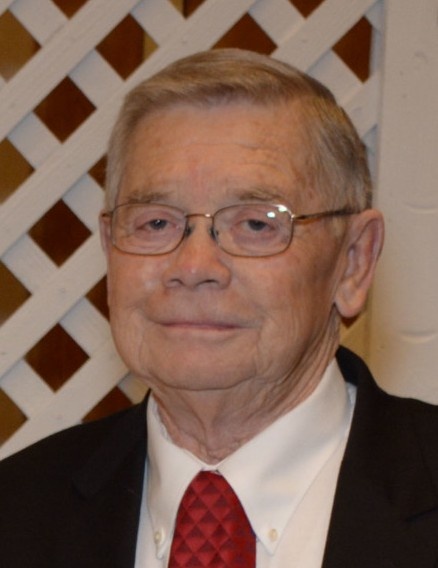 Ronald Ormas Buttars, 81, passed away March 16, 2018 at McKay Dee Hospital in Ogden, Utah.  He was born February 6, 1937 in Logan, Utah the son of Philo Ormas and Selma Nielson Buttars.  He attended school in Lewiston, Utah and graduated from North Cache High School in 1955 where he was active in sports.

He married Sharon Jensen on April 1, 1957 and together they raised three daughters.  He was involved in horse racing and was an active member in the Lewiston Riding Club.  He loved snowmobiling, going to Utah State basketball games and having cook outs with his family.

He is preceded in death by his parents, by a sister, Marlene Christensen and by a son-in-law, Kent McKnight. He is survived by his wife, Sharon of Franklin, Idaho; his daughters, Terri (Ken) Jensen of Riverside, California; Shannon (Tony) Alvey of Richmond, Utah; Laurie (Sheldon) Roberts of Hyrum, Utah; eight grandchildren and seven great-grandchildren.

Funeral services will be held on Thursday, March 22, 2018 at noon in the Franklin Stake Center, 106 E. Main, Franklin, Idaho with Bishop Glen Kirkbride conducting.  Friends may call Wednesday from 6-8 p.m. at Webb Funeral Home, 1005 South 800 East, Preston and Thursday from 10:30-11:30 a.m. at the stake center.  Interment will be in the Lewiston, Utah Cemetery.  Memories and condolences may be shared with the family at www.webbmortuary.com

To order memorial trees or send flowers to the family in memory of Ronald Ormas Buttars, please visit our flower store.