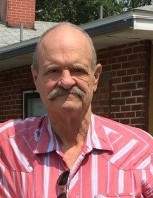 Roger Parker Burton, 63, passed away October 23, 2017 in Boise, Idaho.  He was born February 16, 1954 in Ogden, Utah the son of Lincoln Ransom and Norma Ann Parker Burton.  Roger was married three separate times; first to Debbie Jewett, then Cheryl Jensen, and finally Jeanine Edgerton.  All marriages ended in divorce. But not before three beautiful children were brought into mortality.

He served his country in the US Navy.  After serving in the Navy, he worked for many years in the furniture business in Boise, Idaho.  He also worked for Boise-Ada Disposal and as a roofing contractor.  He loved to hunt and fish.  His greatest pride and joy was his family, children and grandchildren.  He lived for their visits.  He loved listening to music and he was an animal lover.  He loved his cat, Sheila.

He suffered a stroke when he was 41 years old.  He had severe medical issues for many years.  He did re-gain a measure of his health in his later years and became active in The Church of Jesus Christ of Latter-day Saints.  He was ordained an Elder and took out his temple endowments.  He loved his Savior, Jesus Christ.

Funeral services will be held on Saturday, November 4, 2017 at 1:00 p.m. in the Grace Second Ward Chapel, 404 S. Main, Grace, Idaho with Bishop Jim Murdock conducting.  Friends may call Saturday from 12-12:45 p.m. at the church.  Interment will be in the Grace, Idaho Cemetery.  Arrangements are by Webb Funeral Home of Preston, Idaho. Memories and condolences may be shared with the family at www.webbmortuary.com

To order memorial trees or send flowers to the family in memory of Roger Parker Burton, please visit our flower store.