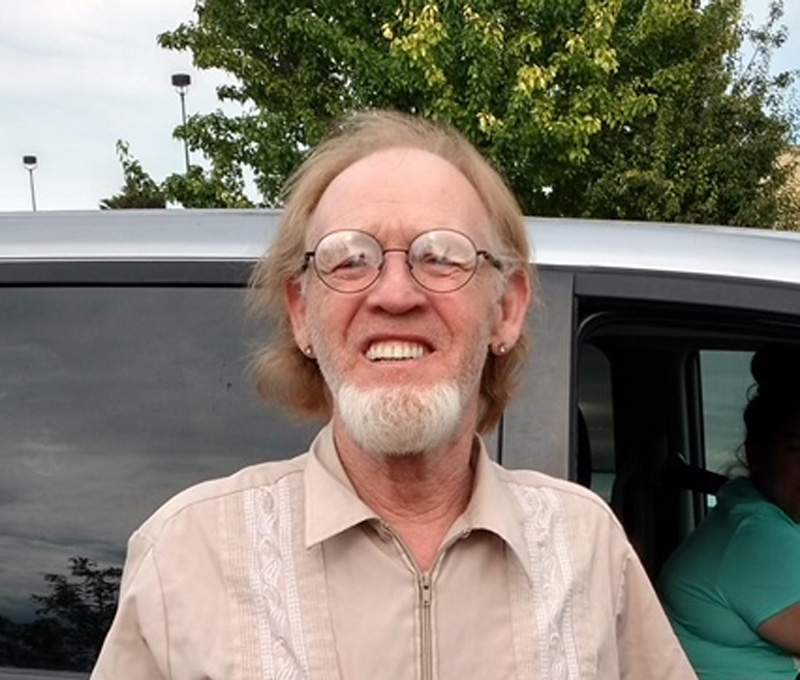 Robert Earl Smith passed away on August 3, 2022 in Pocatello, Idaho. Pancreatic cancer got the best of him. He was born July 16, 1956 in Tulare California the son of Loyd C. and Anne Kendall Smith. He grew up in Oxford Idaho where he made many childhood memories.

He married Roxanne Talbot and they were later separated. He worked at Logan Rehabilitation Center as a custodian and held various other jobs during his lifetime.

He was a kind person with a sense of humor and did many things that we all had to smile about. He loved to tear things apart and repair them and he was very good at it.

He will sorely be missed by all of us. He is survived by a brother Marlin (Shelly) Smith and a sister Cheryl (Lewis) Smith. He was preceded in death by his mother and father and three sisters; Vicki, Cathy and LuAnne.

At the time of his death, he was staying at Monta Vista Hills Care Center in Pocatello, Idaho. We would like to thank the staff at Monta Vista for the care they gave him. A special thanks to our cousin Lynne Baker for providing him with ice cream sandwiches and Kentucky Fried Chicken when he had a craving for it. We would also like to thank Heritage Hospice with special thanks to his nurse David for the loving care he gave Robert.

Interment will be in the Oxford Idaho Cemetery. A Celebration of Life will be held at a later date. Memories and condolences may be shared with the family at webbmortuary.com

To order memorial trees or send flowers to the family in memory of Robert Earl Smith, please visit our flower store.
Send a Sympathy Card