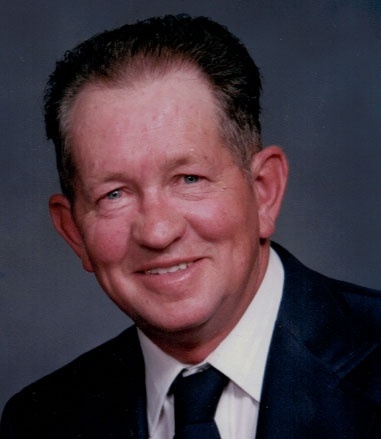 Robert J. Mattson passed away December 10, 2018 surrounded by his loving family. He was born January 3, 1932 to Chauncey Leslie and Myrtle Mina Bunderson Mattson in St. Charles, Idaho. He was the middle child of 7 children. He was raised and attended school in Paris, Idaho. He married Grace Barnes on February 25, 1955 in the Logan Temple.

Bob had various jobs during his lifetime. He worked for the Railroad. He worked many years at Knudsen packing. He then ran the Chevron gas station and delivering Wycoff with his wife Grace. After selling the gas station he worked for the Grain Growers delivering gas. He was always a hard worker and made many friends with his different jobs. When Bob and Grace moved to Preston he was on the Rodeo Parade Committee, always bringing up the rear of the parade on his horse. He then became involved with the Preston Rodeo Committee and did this for many years. Once again making many friends and many memories. He enjoyed horseback riding with friends and sons in law. He also enjoyed going camping and picking huckleberries in the summer. In the winter he would go snowmobiling with his friends. He had a knack for having the perfect garden, yard and raspberries.

Bob was a member of the Church of Jesus Christ of Latter Day Saints. He held various callings in his lifetime. He also worked at the temple for several years. He was very proud of his family and enjoyed spending time with them. He had a love for animals and for many years had horses and dogs.

He is survived by his daughters Mary Beth (Terry) Timothy, Laurie (Curtis) Daley, Carolyn (Claine) Jensen and Annette (Zan) Nash. He is also survived by his brothers Logan, Glenn and Grant and his sister Theda Weston and sister in law Alice Coles and brother in law Reed Westover. He is also survived by 11 grandchildren, 14 great grandchildren, 2 great great grandchildren and 2 more greats on the way and 3 great greats on the way. Next year will be a great year. He was preceded in death by his wife, parents and his brother Paul and sister AuDree.

We would like to thank Dr. Beckstead and his staff, the Heritage Home and Thelma Roley for their care of dad.

He will be greatly missed. Tootaloo till we meet again.

Funeral services will be Saturday, December 15, 2018 at 11:00 am at the South Stake Center. A viewing will be held Friday from 6:00 to 8:00 pm at the South Stake Center, 55 East 1st South Preston, Idaho and Saturday from 9:30 to 10:30 am also at the stake center. Interment will be at the Paris, Idaho Cemetery at approximately 2:30 p.m. Memories and condolences may be shared with the family at www.webbmortuary.com

Click the "Red Arrow" to listen to funeral services. You may also order copies by clicking the "Order" button.
To order memorial trees or send flowers to the family in memory of Robert J Mattson, please visit our flower store.