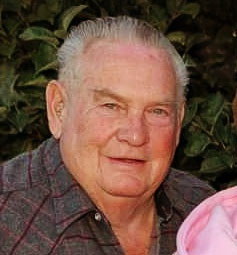 Robert Leon Cazier, 81, passed away peacefully on Monday, July 31, 2017 at the Franklin County Transitional Care Center in Preston, Idaho. He was born on December 29, 1935 in Preston, Idaho to Willis Ray and Hazel Moser Cazier. He married Karleen Murray on October 14, 1960 in Richmond, Utah. Their marriage was later solemnized in the Logan LDS Temple.

Robert loved the outdoors and always enjoyed camping, especially with his family. He loved hunting and fishing and spending time with his grandkids. For many years he had a very special horse named Blaze that he loved riding. He worked as an phone installer for Western Electric for many years and retired from AT&T. Robert was a member of the Elks Lodge where he had many friends. He was a camp host for seven years at Willow Flats, Stanley Lake and St Charles Canyon.

He is survived by his wife Karleen, of Preston, ID; his children Kelly (Kelle) Cazier, of Montpelier, ID; Kevin (Melanie) Cazier of St. Anthony, ID; Kathy (Brian) Adams, of Lemhi, ID; and Kent (Amber) Cazier, of Preston; 11 grandchildren and 14 great grandchildren with two on the way. He is also survived by his siblings Patricia (Sidney) Balls, of Wellsville, UT; and a brother-in-law Donald (Joyce) Murray, of Richmond, UT; and sisters-in-law JoAnn (Don) Beckstead of Preston and Judy Cazier of Smithfield, Utah. He was preceded in death by his parents, brothers Delbert, DeRay and Steven, and a niece Patty Beckstead.

To order memorial trees or send flowers to the family in memory of Robert "Bob" Leon Cazier, please visit our flower store.
Send a Sympathy Card