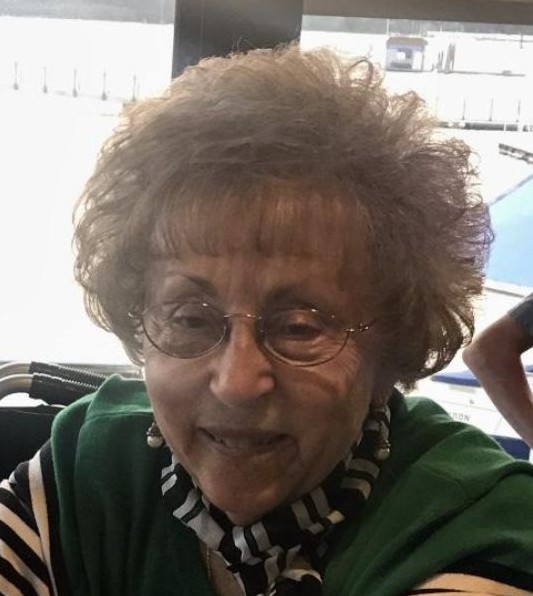 Our loving mother and grandmother has passed into the welcoming arms of her husband Samuel Ray and many others awaiting her in Heaven.
Renee Lamoreaux Carter of Preston, Idaho, passed away on Thursday, December 23, 2021, at her daughter’s home in Lehi, Utah, with complications brought on by congestive heart failure. Renee was born in Lund, Idaho on September 17,1932 to Walter Frederick Rindlisbaker and Myrtle Irene Simpson. She grew up in Riverdale, Idaho and graduated from Preston High School in 1950.

In 1952 Renee moved to Salt Lake City and in May of 1953 she met Ray who charmed her with his guitar playing and song. After a short courtship, they were married October 2, 1953, in the home of her mother and father. In 1954 they moved to Kearns, Utah and shortly thereafter welcomed Kellie, their first child. She was a very cross baby, and in Renee’s words, “I can see why – we had no experience in childcare.” Johnny was born in March 1957. In contrast Renee commented, “Johnny was a very happy baby.” Five years later, in 1962, after three months of bedrest, Renee and Ray were surprised to have twins – Dennis and Denise. Renee said, “Ray was excited, and I was in shock.” With 4 children Renee felt life was rich and full. However, in 1987 life got fuller as Renee and Ray adopted their precious granddaughter Kimberly. They were sealed in the Salt Lake Temple August 21, 1964.
Renee was an active member of the Church of Jesus Christ of Latter-Day Saints. She loved the gospel and had a very strong testimony. She always loved working in the Church and held many callings. One of her favorite callings was working with the young women in the Stake Young Women Presidency.
Her eternal companion of 35 years passed away in January, 1988 of cancer. She later married Don Carter in November 1993. She enjoyed working alongside Don buying and selling cattle. She worked in the ‘trading post’ for 18 years. This gave her great opportunity to meet and get to know many people who became friends.
Renee was preceded in death by her parents, Walter Frederick Rindlisaker and Myrtle Irene Simpson, her husband Samuel Ray Lamoreaux, her brother Larry Rindlisbaker, her sister Pat (Ray) Peterson, her son Johnny Lamoreaux, her daughter Kimberly (Pat) Crosby, and her second husband Don Carter. She is survived by her sister Joyce Greeves, her brother Jerry (Trudy) Rindlisbaker, three children: Kellie (John) Korogi, Dennis Lamoreaux, and Denise (Craig) Judd, 24 grandchildren, and 25 great grandchildren. She learned two days prior to passing that she would have her first great, great grandchild next summer.

A private viewing for family and close friends will be held at 10:00 a.m. Interment will be at the Riverdale Cemetery. Memories and condolences may be shared with the family at webbmortuary.com

To order memorial trees or send flowers to the family in memory of Renee Rindlisbaker Lamoreaux Carter, please visit our flower store.
Send a Sympathy Card