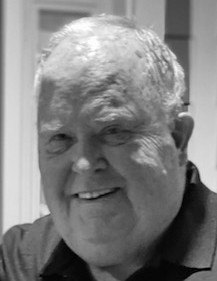 Reid Carl Carlson, 78, passed away December 10, 2020 in Pocatello, Idaho. He was born July 8, 1942 to Elda Skinner and Alvin Carlson in Preston, Idaho. He was the third of four children. Reid’s father died when Reid was fourteen years old, and he and his siblings worked side-by-side with their mother at Carlson Furniture. He would continue to work at the store with his mother for many years after.

Reid attended Preston High School where he excelled in athletics, playing football, basketball, baseball, and track. He held several individual and relay track records at Preston High for many years. He graduated in 1961, representing his class as senior class president. During his senior year of high school, Reid joined the Army National Guard. He continued to serve in the Guard for 25 years. He was Captain of the Preston, Idaho Battery from 1975-83 and retired from the National Guard as a Major in 1992.

Reid served a mission for the Church of Jesus Christ of Latter-day Saints to the Western States Mission from 1962 to 1964. After his mission, he attended Utah State University where he earned a degree in education. He later earned a Master’s degree in administration from Idaho State University. He was hired as a teacher at Preston Junior High School in 1968. The next year, he moved to Preston High, where he taught a variety of subjects, his favorites being physiology and psychology. He spent his entire career in education in the Preston School District in a number of roles, including teacher, coach, athletic director, high school vice-principal, and elementary school principal. In 2004, Reid retired as principal of Oakwood Elementary. He was asked to come out of retirement a year later to serve as principal of Preston High for two years. He retired again in 2007.

Reid’s church service included serving in two bishoprics, as a bishop of the Preston Eighth Ward, and as a stake president of the Franklin, Idaho Stake. His final calling was as a sealer in the Logan Temple.  Reid had a great love of this community and valley where he spent most of his life. He was one of the first members of the ambulance crew and fire department where he served for more than 10 years. In 2017, Reid was honored as the Grand Marshall of That Famous Preston Night Rodeo for his many years of service, including taking care of the rodeo grounds.

Reid married his sweetheart, Linda Richards in 1975. They have three children -- Todd, Kari, and Debbie -- eight grandchildren, and two great-grandchildren.

Reid is preceded in death by his parents, his three siblings: Jay Carlson, Lou Ann Stogdill, and Jim Carlson. He is survived by his wife, children and grandchildren, all of whom he adored. Reid is greatly loved by his family and will be sorely missed.

Because of limitations on gatherings, there will be a service for the family on Wednesday, December 16, 2020 at 11:00 a.m. at Webb Funeral Home, 1005 South 800 East, Preston, Idaho. The service may be viewed live on Wednesday at 11 am MST by clicking on the following link:  https://youtu.be/Es-3FV7lljY

Memories and condolences can be shared with the family at webbmortuary.com. Military rites and interment will be at the Preston, Idaho Cemetery.

To order memorial trees or send flowers to the family in memory of Reid Carl Carlson, please visit our flower store.