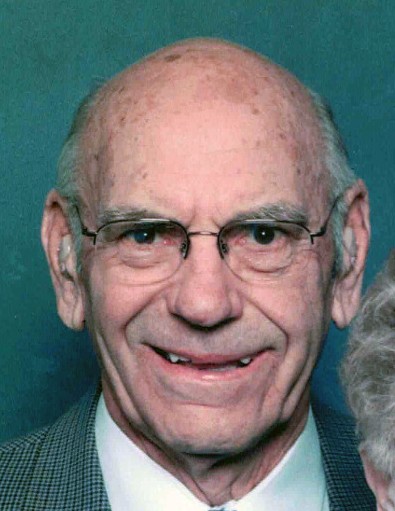 Reed Olsen Griffiths, 92, after a short, but hard fought battle with cancer, returned to his heavenly home and his sweetheart, Faye, on her birthday, May 16, 2019, giving her the greatest birthday gift of all.

Reed was born, March 18, 1927, in Clarkston, Utah to Jesse and Bertha Griffiths. At a young age they moved to Weston, Idaho where he learned from his parents the value of hard work and a love for the land. He loved sports and playing them with his buddies.

Reed served a mission for the Church of Jesus Christ of Latter-Day Saints in the New England States Mission and was one of the last to serve without purse or script. He proudly served in the Korean Conflict. He graduated from Utah State University with a Bachelor's degree in Agricultural Economics.

He met Faye Doane on a blind date and was instantly smitten with her "million dollar smile" and her beautiful voice. They were married December 10, 1954 in the Logan LDS Temple. They started their life in the Blackfoot desert farming with his brother Jesse, then moved to Weston in 1957 where they helped on the family farm which they later purchased.

Reed became a very successful and respected farmer which led to him being selected as part of a delegation sent to Washington D.C. to lobby for a better farm bill. He continued to farm until shortly before his passing.

He served in many church callings including Young Men's presidency, Bishopric, High Council, and many others. His favorite calling of all was officiating for many years in the Logan Temple with his sweet wife.

Reed had a deep passion for scouting. He served in and supported the program his whole life and influenced many young men. He received his Eagle Scout Award, two Palms and the Silver Beaver Award which was a great honor.

He was very supportive of his community, church, and school. He had a very kind and humble heart and did many quiet acts of charity that exemplified true Christ-like love.

He and his wife shared a talent for music and enjoyed singing together in the car and at different functions for many years.

Family and church were the most important things to him. His grandkids knew him as "The Ice Cream Grandpa" because he loved it and always had a bowl to share. He played a mean harmonica and entertained his family for years. He also enjoyed golfing, but even more so enjoyed teaching it to his posterity.

To order memorial trees or send flowers to the family in memory of Reed Olsen Griffiths, please visit our flower store.
Send a Sympathy Card