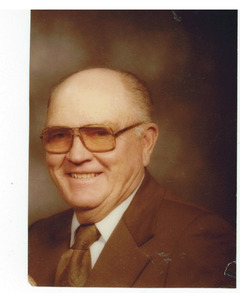 He married Vernetta Larsen in May 21, 1943 and they lived for a short period of time in a log cabin before moving into their present home in Treasureton. Aside from farming he held many jobs a few of which were Assistant County Accessor, working in the Sugar Factory, and the Livestock Auction. He also held many positions in the LDS Church.  He and Vernetta had two sons, one daughter and one granddaughter.

Ray and Vernetta spent many hours together working side by side, playing and growing old together.

He is survived by his wife Vernetta, his son, Steve of Treasureton, and daughter, Darla of River Heights, Utah. He was preceded in death by his parents, siblings and by a son, Philip.

Funeral services will be held on Monday, April 11, 2016 at noon in the Riverdale Second Ward Chapel with Bishop Shawn Knutson conducting.  Friends may call Sunday from 6-7 p.m. at Webb Funeral Home, 1005 S. 800 E., Preston, Idaho and Monday from 10:30-11:30 a.m. at the church.  Interment will be in the Treasureton Cemetery.  Memories and condolences may be shared with the family at www.webbmortuary.com

Special thanks would like to be given to Dr. Beckstead, The Franklin County Hospice and the Heritage House and staff for all their help and kindness.

To order memorial trees or send flowers to the family in memory of Raymond Sant, please visit our flower store.
Send a Sympathy Card