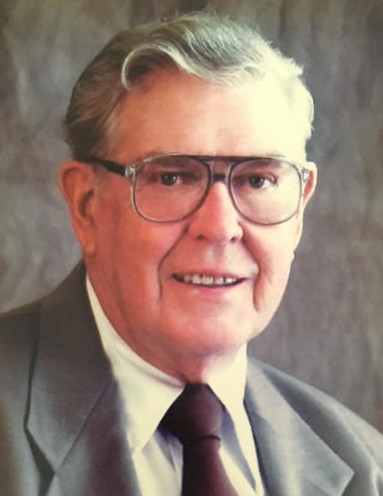 Orvid Ray Cutler, Jr., 93, passed away June 14, 2019 at Sunshine Terrace in Logan, Utah. He was born September 8, 1925 in Preston, Idaho, the son of Orvid R. Cutler, MD and Mary Lavinia Nelson Cutler. He grew up in Preston and graduated from high school before serving in the U.S. Army 1944-1951. While in the military he married his wife, Jeanne Davis on January 4, 1946 in the Logan Temple.

In 1952, Ray graduated from the University of Utah with a BA in Chemistry. He worked in many chemical laboratories including Hercules in Salt Lake City and Radford, VA, DuPont in Delaware, and DeSota Inc. in Illinois. He perfected the formulas for paint, detergent, and rocket propellants. His most honorable work was the patents he received perfecting the formula of fiber optics. He was proud to serve as Chairman of SW Idaho Board of Health and as a member of the Preston Lions Club.

He was a member of the Church of Jesus Christ and the Latter-day Saints and held many positions; his favorite was the Director of the Preston Family History Center. He is preceded in death by his parents, sister, Carol Cutler Wight, and wife of 72 years, Jeanne. He is survived by two daughters Susan (Don) Webster of Salem, Va; Becky Wiser (Steve) of Saratoga Springs, UT and his brother Clair R. Cutler, MD (Judy) of Burley, ID. He has five grandchildren Chris (Terry) Morris of Milford, KS, Mandy (David) Dallas of Salem, VA, Justin (Alicia) Wiser of Smithfield,UT, Brittney (Craig) Wachter of Saratoga Springs, UT, and Chelsey (Shelby) Comer of Camp Lejeune, NC. He has 11 great grandchildren.

To order memorial trees or send flowers to the family in memory of Ray Cutler, please visit our flower store.
Send a Sympathy Card