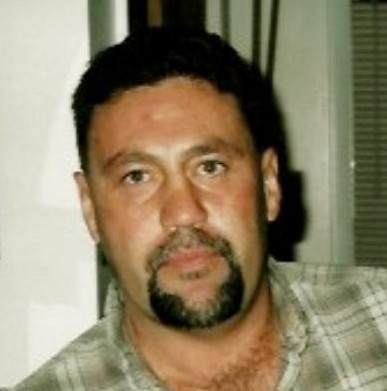 On Friday, June 11th, our father Randall J. Higley, a loving brother, uncle, father and grandfather passed away at the age of 62 in his Preston home. He was born on March 30th, 1959 in Ogden, Utah to Glen Lee and Carol Mae Higley. He grew up in Clearfield, UT and graduated from Clearfield High School in 1977.

After high school he married his high school sweetheart Debbie Wayment Higley and throughout his life was father to five children; Penny, Jennifer, Zandra, Brodie, and BreAnna. Randy was a talented wrestler and drummer, and was a passionate outdoorsman who enjoyed training hunting dogs, camping, hunting, and fishing. Randy was good at many things, and over his lifetime worked for RC Willey, was a talented Living Scriptures salesman, truck driver, and real estate agent.
Randy is survived by a son, Brodie Randall Higley, two daughters, Zandra Christina Higley and BreAnna Dee Higley Dideriksen, four grandchildren Brittany Lee (Duncan) McNeely King, Roxi Lynn Barr, Cameron Eugene Barr, and Seth James McNeely ; his siblings Glen Lee (Jill) Higley, Dennis (Vickie) Higley, Kevin (Cherie) Higley, Doug (Diana) Higley, and Leslie Higley; and by a great-granddaughter, many nieces and nephews, friends and family. He is preceded in death by his wife Debbie, two daughters Penny Lee Higley Mcneely and Jennifer Higley Barr, a sister Debra Higley, his parents Glen Lee Higley Sr. and Carol Mae Shaw Higley.
The family would like to thank the staff at Edwards Floral and Ron Smellie of Webb Funeral Home for the kind and compassionate advice and assistance during this difficult time. We have found solace in knowing that dad is now reunited with so many loved ones on the heavenly plane. Randy was dearly loved and will be sorely missed.
Funeral services will be Saturday, June 19, 2021 at 10:00 a.m. in the Mount Lewis 1st Ward Chapel, 435 N. Jackson Ave, Ogden, Utah 84404. There will be a visitation Saturday from 9-9:45 a.m. at the church. Interment will be in the Evergreen Memorial Park in Ogden. Memories and condolences may be shared with the family at webbmortuary.com

To order memorial trees or send flowers to the family in memory of Randy J. Higley, please visit our flower store.
Send a Sympathy Card