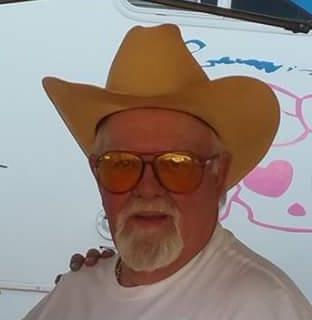 Ralph William Anderson was born to Ralph H and Myrtle Connary Anderson on March 26, 1947 in Logan, Utah. On July 28, 2017 he passed away from a massive heart attack doing what he loved the most a hard work. Ralph was the fourth of eleven children. On September 28, 1965 Ralph married Kathryn Farnsworth in Evanston Wyoming. He joined the Army in 1971-1975 and then was in the active reserve. Ralph worked as a carpet installer for Hartwood Flooring, U&I furniture for over 30 years. While fulfilling his active military duty.

Ralph and Kathy had four daughters Sandra (Eric Thompson), Charlotte (Val Reeder), Rebecca (Robin Owen), and Katerina (Jared Andersen). He had 19 grandchildren, 8 great grandchildren, 2 great great grandchildren and many more that called him dad and papa. He was preceded in death by both his parents, sister, brother in law, three nephews and one niece.

Ralph enjoyed hunting, fishing, camping, snow mobiles, riding in the mountains with his daughters.  He stayed very active after he retired by planting a garden every year and keeping the yard green and well maintained.

To order memorial trees or send flowers to the family in memory of Ralph William Anderson, please visit our flower store.
Send a Sympathy Card