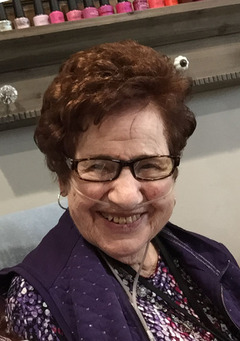 Rae came into this world as the New Year’s baby of North Logan for the year of 1921.

She was the sixth of seven children and the second of what would become three sisters. There were nine of them that lived in a small four-room house in North Logan and despite their close quarters while growing up they all remained wonderful friends during their lifetimes.  Rae was a wonderful and loving sister and family was her constant and her comfort until the day she left us.

Rae attended North Logan elementary and graduated from South Cache High School. She later became a Registered Nurse during the nursing shortage of WWII through the cadet nursing program and graduated in 1946.  She went on to earn her bachelor’s degree from Utah State Agricultural College (USU) and graduated in 1949.

Mom was very accomplished and had a big wonderful life before she married and had her children.  She was adored by her nieces and was the stylish and glamorous aunt.  She joined the newly formed Air Force in 1951 as a 1st Lieutenant and served as a flight nurse to wounded soldiers in their transport between bases during the Korean War.  She was always proud of her military service and later retired as a Captain from the reserves.

Mom met dad while they were both working for Bear River Mental Health.  They married in 1960 just months before her father passed away and Grandma Wursten lived with mom and dad until her death in 1979.  We loved having Grandma Wursten in our home and mom missed her dearly after she passed away.  Mom and Dad were blessed with four children and we kept her busy and happy.

Rae was an amazing example of strength, determination and compassion.  She always put our names on the temple prayer list and would remember who was sick and needed extra calls and attention.

She enjoyed many church callings through out her lifetime and was an active member of the Church of Jesus Christ of Latter Day Saints.  The primary was by far her favorite place to serve! She also loved helping the boy scouts with their first aid merit badge.

Mom was a wonderful, loving grandmother.  After dad passed away, she lived alone until she was 86 and was still driving! She also joined the Daughters of the Utah Pioneers and enjoyed those friendships, as well.

Rae has now joined her parents, John and Rosa Wursten and her four brothers and two sisters. She is also with her loving husband Glen Robert Winslow, her son Todd Steven Winslow and her grandson Cameron.

There truly are not enough words of thanks for the caring, loving staff at the Legacy House of Logan.  Mom spent the last six years of her life there and she was happy and comfortable and loved.  They are a special group of caregivers and we are so grateful to them for the many wonderful years she shared with them.

Primrose Health Care also contributed greatly to mom’s quality of life in her later years.  She developed many wonderful friendships and they were a part of her “later life” family.  We love and appreciate all of them.  They are truly angels here on earth.

Funeral services will be held on Friday, Jan. 8, 2016 at Noon at Nelson Funeral Home, 162 E. 400 N., Logan, Utah.  Friends may call Thursday from 6-8 p.m. at Nelson Funeral Home and Friday from 10:30-11:30 a.m. also at the mortuary.  Military rites and interment will be in the Logan City Cemetery.  Memories and condolences may be shared with the family at www.webbmortuary.com

To order memorial trees or send flowers to the family in memory of Rae Winslow, please visit our flower store.
Send a Sympathy Card