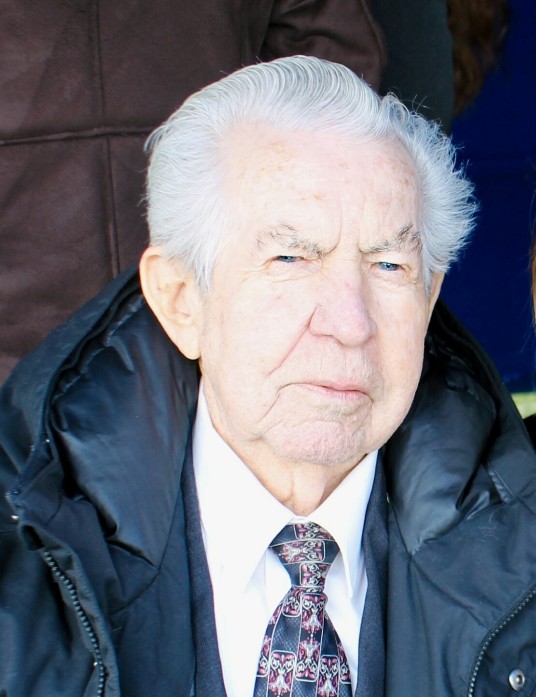 Quint had a bright and active mind which led  him on many adventures.

He served in the US Air Force as part of the group that pioneered guided missile technology - specifically the Matador Missile.  Later in life, he helped organize annual Air Force reunions and loved visiting with old friends.

Quint was a well known businessman, and was owner or an active partner in many enterprises, such as Quint's Print, Logan Coach, Mountain Toppers, Cache Carriers, and Plymouth Service in Plymouth, Utah.

He loved to travel with his wife and they were blessed  to  visit many places around the world: Alaska, England, Ireland, Scotland, Bermuda, Puerto Rico, Bahamas, Aruba, most of the states, Mexico, Canada and Jamaica.

>>> Quint is survived by his brother Ralph (LaVonda) Hart, of Roseburg, OR; children Scott Arthur (Shauna) Hart, of North Little Rock, AR; James Barrett (RaeAnn) Hart, of Millville, UT; and Traci (Klair) Kent, of Lewiston, UT; 11 grandchildren and six great grand-children, with one on the way. He was preceded in death by his wife Emalu, sister Darlene Byington, parents (Dutch and Belva), and parents-in-law (Scott and Lurena Dunlop).

Funeral services will be held Saturday, September 3, 2016, at noon in the Lewiston 4th Ward Chapel, 16 S. Main St., in Lewiston. A viewing will be held Friday, September 2, from 6 to 7:30 p.m. at Webb Funeral Home, 1005 South 800 East, Preston, Idaho and Saturday, from 10:30 to 11:30 a.m. at the church in Lewiston. Interment will be in the Preston Cemetery. Memories and condolences may be shared with the family at www.webbmortuary.com.

To order memorial trees or send flowers to the family in memory of Quint Arthur Hart, please visit our flower store.
Send a Sympathy Card