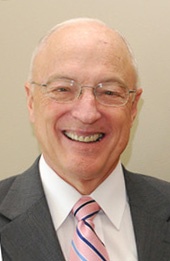 Philip Romney Swensen, 75, peacefully passed away surrounded by his wife and children on August 30, 2019.

Phil was born on October 24, 1943, in Washington, D.C., to Albert Donald Swensen and Jennie Romney Swensen.  He was the fourth of six children.  Shortly afterward, the family moved to Provo, Utah, where he grew up.  After serving as a missionary in the Irish Mission, Phil earned a bachelor’s degree in physics from Brigham Young University followed by master’s and doctorate degrees in business administration from the Indiana University Graduate School of Business.  His successful professional career included 32 years as a professor of finance at Utah State University along with several sabbaticals and appointments to various boards of directors in the private sector.

Phil will be best remembered for his wonderful sense of humor, his love of aviation, and his unique ability to make everyone with whom he associated feel loved and valued.  Each of his kids truly believed that he/she was his favorite kid.

Funeral services will be held on Saturday, September 7, 2019 at 11:00 a.m. at the Hyde park Stake Center of the Church of Jesus Christ of Latter-day Saints, 535 East 200 South in Hyde Park. A viewing will be held on Friday, September 6, 2019, from 6-8 p.m. and on Saturday, from 9–10:30 a.m.  both at the stake center. Interment will be in Smithfield, Utah. Memories and condolences may be shared with the family at webbmortuary.com

To order memorial trees or send flowers to the family in memory of Philip Romney Swensen, please visit our flower store.