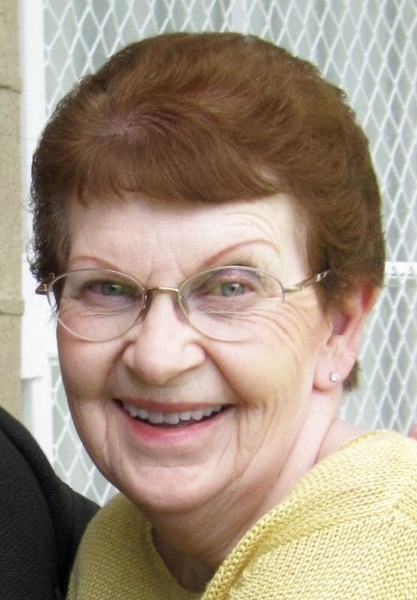 Pauline was born on March 19, 1938 in Preston, Idaho, to Weldon and Veleta Dalley Nash. She graduated from Preston High School in 1956. She attended Idaho State College for two years, graduating with an Associate Degree in Secretarial Science, class of 1958. She worked for Farmer’s Insurance in Pocatello and later spent 31 years as an office manager for Dr. John R. Davis.

On June 17, 1960 she married Brent Michael Holmes in the Logan, Utah LDS temple. They were married for 59 years and were the parents of two children, Curtis Nash Holmes (Kathy) and Michelle Holmes Thompson (Wes). Mike and Pauline spent their first few years together moving around the country during Mike’s military service. They eventually settled in Pocatello, Idaho, where they lived for more than 40 years.

She will be remembered for her great faith in Jesus Christ and the service she gave to those around her. She served in many callings in the LDS church, including Primary, Young Women and Relief Society. She and her husband served together in the Idaho Falls temple for 11 years. She was a remarkable visiting teacher and enjoyed directing the ward choir. She was a truly special lady who was loved by all who knew her.

Family was everything to Pauline. She doted on her children, grandchildren, nieces and nephews, who all looked to her as an example of Christlike love.

Funeral services are scheduled for Saturday, December 14 at 11:00 am at the Webb Funeral Home, 1005 S. 800 E. Preston, Idaho. Friends and family may call from 9:30-10:30 am prior to the funeral. Interment will be in the Franklin, Idaho Cemetery. Memories and condolences may be shared at: webbmortuary.com

Special thanks go to the Maple Springs staff and Integrity Hospice for their kindness and thoughtful care of Pauline.

To order memorial trees or send flowers to the family in memory of Pauline Holmes, please visit our flower store.