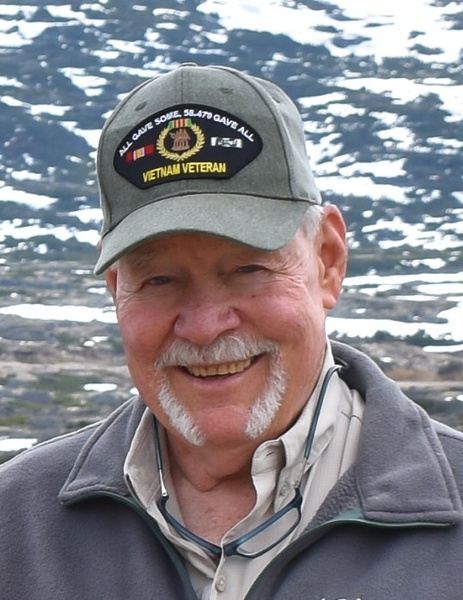 Paul Christian Schiffman, 79, passed away Thursday, October 31st 2019 in the Soda Springs, Idaho area doing what he loved most in life, hunting and being part of nature.  Paul was born June 10th 1940 to Frank and Verva Schiffman in Logan, Utah.

Paul enlisted in the Navy where he served 4 years in Hawaii.  He married Margaret Manipon and had two children.  When he returned home to Cache Valley, he went to work as a Sheriff's Deputy for Cache County.  Paul married Cheryl Miller and had two sons. Paul then went to barber school in Salt Lake City, Utah where he met the love of his life, Susan Painter. They were married February 18th 1972, and sealed in the Logan Temple for all time and eternity.  Paul went to work for his father as a barber, and later was employed by Schreiber’s Foods for 30 years.  He then retired, and moved to Oakley Idaho, where he quickly made many great friends.

Paul always found great pleasure being in the outdoors, hunting and fishing.  He greatly enjoyed going on all kinds of adventures with his family and friends, teaching them the joys of the outdoors.  Everyone that knew Paul could see he had a genuine kindness and willingness to help everyone he met.  Family meant everything to Paul, and we will all enjoy the memories we have shared with him.  He was an active member of the Church of Jesus Christ of Latter-day Saints where he served faithfully.

In lieu of flowers or other donations an account has been set up for Susan at Lewiston State Bank.  Memories and condolences may be shared with the family at webbmortuary.com

To order memorial trees or send flowers to the family in memory of Paul Christian Schiffman, please visit our flower store.
Send a Sympathy Card