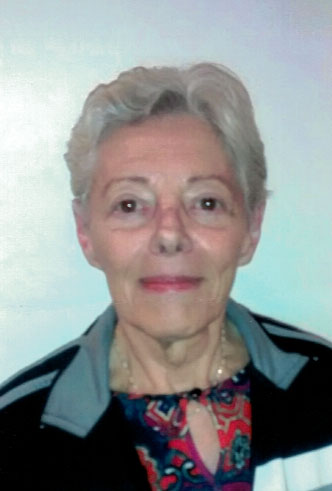 Patricia Sue Maxfield Shinkle, age 73, former resident of Corrine, Utah, died August 31, 2018 in Autumn Care Assisted Living & Memory Care, Hyde Park, Utah.   She was born June 6, 1945 in Miami, Florida to Benjamin Franklin and Margorie Louis (Hill) Maxifield. Pat married Wallace A. Baker in 1962, they were later divorced. She then married Robert K. Shinkle in 1974. Pat is proceeded in death by her second husband Robert K. Shinkle, her parents, step father Charles Busbea and her sisters Bonita and Linda.  She is survived by her daughter Becky (Tim); son Wally; brother Bruce Maxfield; grandchildren Megan Francisco, Dillon Hobson, and three great grandchildren Scarlette Rose Hobson, Deklan Maxfield Hobson and Avery Alani Francisco.  Pat worked hard in being a strong and independent woman.  These traits were exemplified in her career at Thiokol.  She loved the outdoors and often went into the deserts of Utah and other western states, where she would search for artifacts from Native American tribes.  Pat also had a love for animals, she had a special companionship with her dogs and cats.

A celebration of life will be held at the Webb Funeral Home (Preston, ID) September 7, 2018 at 1100.  In lieu of flowers, donations can be made in her honor to Autumn Care Assisted Living & Memory Care or any Dementia/Alzheimer’s research foundations.

Special thanks to Xochithl “the old people whisperer” and the wonderful, loving, and caring staff at Autumn Care Assisted Living & Memory Care as well as the nurses from Hospice for Utah, who provided comfort care.

“Where troubles melt like lemon drops, away above the chimney tops, that’s where you’ll find me.” -Dorthey Gale.

To order memorial trees or send flowers to the family in memory of Patricia Sue Shinkle, please visit our flower store.
Send a Sympathy Card