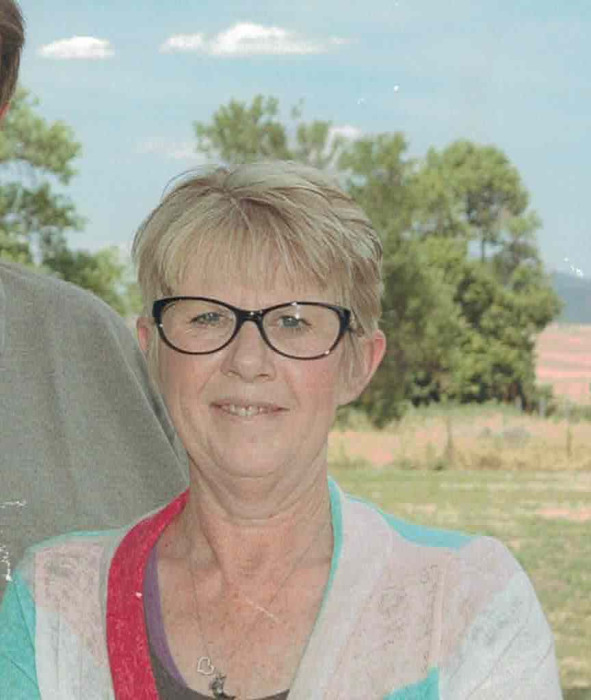 Patricia “Patty” Beckstead Anderson was called home early on March 3, 2017.  She was born April 8, 1965, in Preston, Idaho the second child born to Don and Joanne Beckstead.  Patty became the proud big sister to four more siblings.  Her life was full of challenges.  At a very young age, she was run over by a semi-truck.  Her, being the fighter she was, re-learned all the basic functions.

Patty was blessed with three beautiful, blonde babies- Josh, Cassie and Brandi.  She married the love of her life, Mike Anderson, on May 23, 1991.  They welcomed her final child, Jordon.  Family has always been her everything.  When she became a Grandma, she fully embraced it as her calling in life.  She had 9 grandbabies and was always gently urging for her kids to give her more to spoil.

She began her career in Nursing and also served as an EMT. She always felt the desire to give care to anyone in need.  Patty was lover of animals and could never say “no” to giving a homeless creature a home.  She loved to crochet, read and had an incredible green thumb.  She also loved to have individual sleepovers with her grandkids, where they spent the night playing games, loading their bellies on goodies and giggling like school children.

Funeral services will be held on Saturday, March 11, 2017 at 11:00 a.m. in the Fairview Second Ward Chapel with Bishop John Griffeth conducting.  Friends may call Friday from 6-8 p.m. at the church in Fairview, Idaho and Saturday from 9:30-10:30 a.m. also at the church.  Interment will be in the Preston Cemetery.  Memories and condolences may be shared at www.webbmortuary.com

To order memorial trees or send flowers to the family in memory of Patricia "Patty" Anderson, please visit our flower store.
Send a Sympathy Card