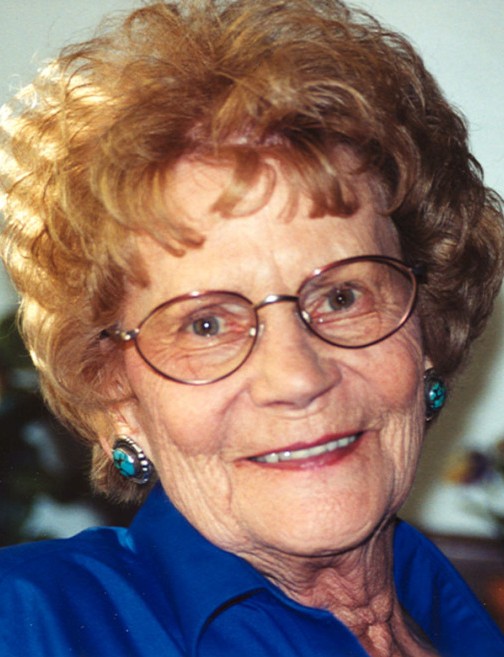 Opal Checketts Parkinson, 93, of Franklin, Idaho passed away of natural causes surrounded by her loving family in Preston, Idaho on January 16, 2017. Opal was born Dec. 17, 1923 in Cornish, UT to Andrew Norell and Dora Taylor Checketts.  She was the 7th of 11 children. As a child she attended school in Dayton, ID, then attended and graduated High School in Franklin, ID. She married Samuel Calvin Parkinson in the Logan LDS Temple on April 4, 1944.  They became the parents of five children. Calvin passed away in 1994.

Opal kept very busy rearing her children and contributing in other ways to her Church and community.  She served as Relief Society President, contributed significant time for several years to ‘BYU Education Week’ and was involved in the Ladies Literary Club.  There was also work to be done in the fields.

She managed the cafeteria at the Franklin Del Monte canning factory and later worked as personnel director where she oversaw the hiring of seasonal workers. Later she chose to spend her time volunteering at the Logan Hospital and at the Logan Temple.  She has said that her voluntary ‘work’ was the most rewarding of any.

Opal is survived by her children: Paulette (Bob) Blanchard, Mary Jane (Doug) Anderson, Rosalie (Tom) Abrams , Stuart (Lael) Parkinson and Eric (Kaylene) Parkinson, 17 grandchildren, 51 great grandchildren and 6 great-great grandchildren. She is also survived by her brother Wendell Checketts of Tremonton, UT, and sisters Evelyn Morgan, of Preston and Connie (Stewart) Vernon of Salt Lake City, UT. She was preceded in death by her husband, her parents and 4 sisters and 3 brothers.

The family expresses appreciation to all the wonderful caregivers at Heritage Home, with a special thanks to the Hospice Nurses who provided extra care for Opal during the past year.

To order memorial trees or send flowers to the family in memory of Opal Parkinson, please visit our flower store.
Send a Sympathy Card