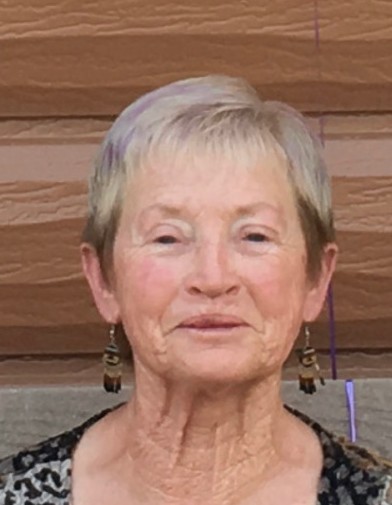 Olivia spent her youth in the mountains and playing in the Bear River with her family and many cousins that lived close by.  There were summer fishing trips to the Salmon River and many days on the Bear River below the home she grew up in.  She loved to ride horses, snowmobile and learned to sew when she was young.  Olivia attended grade school in Riverdale and then had to travel into Preston for high school.  She graduated from Preston High School in 1965.

After high school, she married S. Brent Beckstead.  They made their home in Rupert, Idaho where they had two children, Micheal Dean and Terri Lyn.  After a few years, they returned to Preston, Idaho for work and were later divorced.

Olivia married Donald Phippen (Phip) in 1976 and they joined their two families together.  Donald had four daughters he was raising.  They enjoyed summers camping up Cottonwood and hosting cook outs in their backyard.  They were known for their beautiful yard.  They were members of a bowling league and active in the Boots & Saddle Club.  Phip was killed in a Utah Power & Light accident in December of 1984.

In the fall of 1986, Olivia met Robert Boyack (Bob) while he was home visiting family while on leave with the U.S. Navy.  They were married January 2, 1987.  She married the love of her life.  After they were married, they lived in various locations while Bob was on active duty with the U.S. Navy.  They enjoyed traveling together and golfing.  They made many good friends throughout their years in the different places they lived.  Olivia and Bob were sealed on August 14, 1993 in the Logan Utah Temple.

Olivia loved to return home as often as possible to work in her yard and to spend time with her kids and grandkids.  She was totally devoted to them and loved attending their sporting & 4-H events.  Olivia and Bob were able to purchase the family home that Olivia grew up in and they returned to Riverdale to live.  She spent many hours out in her beautiful flower beds and garden.  She loved to have the grandkids come for sleepovers.  She also loved the time she was able to serve in the Logan Temple and the ladies that she carpooled and served with.

Olivia is survived by her husband, Robert Boyack of Riverdale, Idaho; her son, Micheal (Tina) Beckstead of Whitney, Idaho; her daughter, Terri Lyn (Zayne) Fredrickson of Weston, Idaho.  She has seven grandchildren and one great-grandson, Kasey (Shalie) Fredrickson, Ricky (Brittany) Fredrickson, Karissa Marie and Saige Fredrickson, Matthew, Jace and Myka Beckstead and Waylon Ricky Fredrickson.  She is also survived by her siblings, Benton (Lynda) Smith of Preston, Idaho; Janice (Brad) Shumway and Carole Deene (Earl) Hymas of Treasureton, Idaho; Kaylin Smith of Preston and by her mother-in-law, Reva Boyack of Preston, Idaho.  She was preceded in death by her parents, by two grandsons, Ricky Fredrickson and Matthew Beckstead; by a sister, Tenna Smith; by her father-in-law, Wayne Boyack; by a brother-in-law, Curtis Boyack and by a sister-in-law, Julie Boyack Gordon.

To order memorial trees or send flowers to the family in memory of Olivia Jean Boyack, please visit our flower store.
Send a Sympathy Card