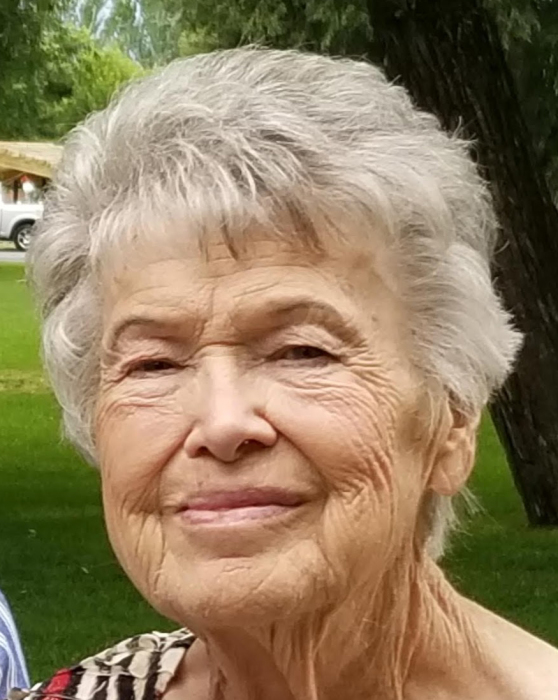 Nanette K Binggeli Coburn died on Friday, September 6, 2019, at the Franklin County Medical Center in Preston, Idaho.  She was born in a little log cabin in Weston, Idaho, on September 13, 1932, to Joseph Benedict Binggeli and Dortha Etna Kofoed.  She grew up on the family farm and attended school in Weston, Clifton, and was a member of the first graduating class of the new West Side High School.

She married William R Coburn on September 7, 1950, in Weston.  They spent their first year together living in San Francisco while Bill was stationed at Fort Ord during the Korean War.  After moving back to Preston, she worked at Utah Poultry/Intermountain Farmers, Sprouse Reitz and eventually for Preston City from where she retired in 1995.  After retiring, Nan and Bill had a great time traveling with friends and family.  Some of their favorites were Branson, Calgary, Chicago, California, the Smokey Mountains, Loughlin and Hawaii, and any place there was a stream to fish in.  Bill passed away on June 20, 2003.

Nanette was a lifelong member of the Church of Jesus Christ of Latter-day Saints.  She served faithfully in many ward and stake callings.

Nanette’s greatest joy was family.  She loved family dinners, annual camping trips to Willow Flat and Colter Bay, and Rodeo weekend.  Her greatest treasures were her grandchildren and great grandchildren, and she loved being a part of their lives.  She loved each and every one unconditionally.

To order memorial trees or send flowers to the family in memory of Nanette K. Coburn, please visit our flower store.
Send a Sympathy Card