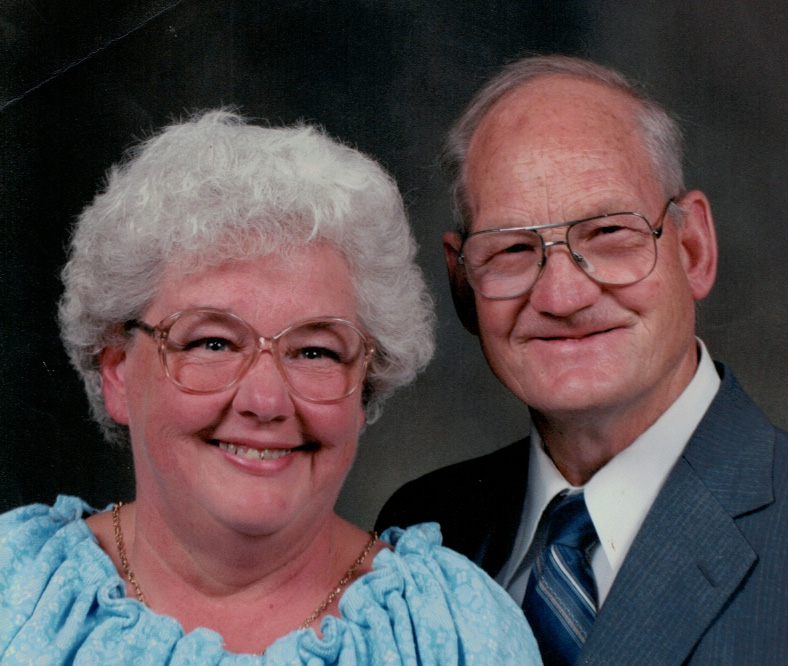 Together Again - NaDean Seamons Davis, 88, beloved wife, mother, sister, aunt, cousin, grandmother and Nana passed away on Friday, August 2, 2019 after a short illness and Heaven received an angel. Her sweet spirit will always be with us all. She was born on April 2, 1931 to Leo Martin and Florence Griffeth Seamons. She was the oldest of two children. She attended school in Weston, Idaho until the school burned down, then attended West Side High School where she graduated. After high school she went on a date with Ray Davis and also met Joe Davis, and that's all it took. After dating Joe for a while They decided to marry and on November 16, 1952 Joseph Lloyd Davis married NaDean for time and all eternity in the Logan LDS temple, where he vowed to take care of her. She was his angel and he always treated her that way.

NaDean worked for Del Monte, then was a cook for the Franklin School, and then worked for Ritewood Eggs in both Franklin and Lewiston inspecting eggs by hand before it became fully automated. She also helped haul chickens between both locations. Oakdell noticed she was a great worker and they kept her on working quality control checking eggs until she retired. She then spent time working and helping at the Franklin County Senior Center for seven years.

She and Joe opened their home and hearts to their granddaughters. They raised them from when they were young to adulthood. When she was young she knew times were hard and she used to use the trolley that went between Richmond and Salt Lake.

She loved the gospel and made sure that everyone knew about her testimony. She lived to serve God and her family. She had many callings in the church but playing the piano for the Primary was the one she loved the most.

Joe and NaDean had three children. A daughter Phyllis, and twin boys Joseph Leo and Gordon Neil. She taught her family how to work hard, love much, and how to have God and the Gospel in your life. Some of those she taught learned quicker than others. She also taught patience and loved what she taught and those she taught.

When NaDean was born, God wanted her to be an angel to everyone, which she accomplished very well. "Sometimes God sends us angels disguised as friends." She was a friend to everyone who knew her. The family would like to give a special thanks to Della Sims for the care she gave NaDean

Funeral services will be held on Wednesday, August 7, 2019 at 12:00 noon in the Franklin LDS Stake Center, 106 East Main in Franklin. A viewing will be held on Tuesday from 6-8 p.m. at Webb Funeral Home, and Wednesday from 10:30-11:30 a.m. at the stake center. Interment will be in the Dayton Cemetery. Memories and condolences may be shared with the family at webbmortuary.com

To order memorial trees or send flowers to the family in memory of NaDean G. Davis, please visit our flower store.
Send a Sympathy Card