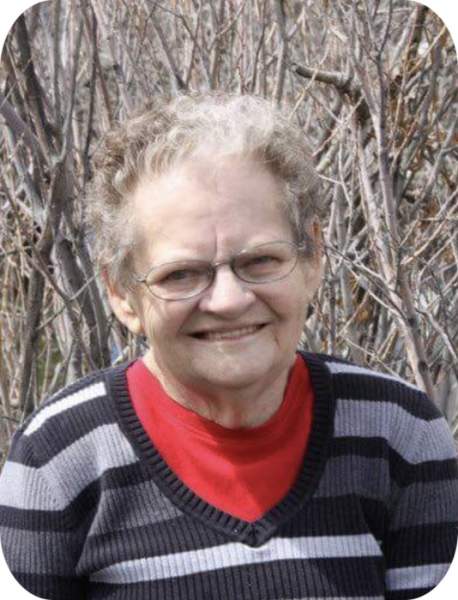 Zerella Myrtle Tanner 82 passed away April 22, 2018 peacefully at home in Spring Creek Nevada.
She was born November 28,1935 in Riverdale Idaho to William Behle and Coral Rose Behle. She had one sister Marilyn (Behle) Dalton whom she dearly loved. Myrtle spent her childhood on the family farm in Thatcher Idaho. She spent many hours working and helping on the farm while she grew up. She graduated from Grace high school in 1954

Myrtle married Joseph Darwin Tanner, Aug 6, 1954 in Thatcher Idaho. They were later sealed in the Logan Utah temple. They had 5 children Zerella, Joseph, Shirley, Carl, and William. She loved her family with all her heart. Family meant everything to her.

Myrtle was a beautiful, hard-working, person. Throughout her life she worked side by side with Darwin to keep the farm running. She milked cows, drove hay and grain truck and did anything necessary to get the work done. Later after Darwin got sick she went to work at the kitchen in the hospital in Preston. She worked there for years and then went back to school and became a CNA. She was working as a CNA when she retired. Myrtle was active in the LDS church and had many calling including Young Women’s President which she dearly loved. After Darwin passed away she moved to Nevada to stay with some of her kids. She moved from house to house and spent time with all of her children. She spent a lot of time with Bill and Joelynn working for a store that they managed. Later in life she moved to Spring Creek with Dirk and Shirley to be closer to her Drs. She was living with Dirk and Shirley at the time of her death.

Funeral services will be held Saturday, April 28, 2018 at 3 p.m. at Webb Funeral Home, 1005 South 800 East, Preston, Idaho.  Friends may call Saturday from 1:30-2:30 p.m. at Webb Funeral Home. Interment will be in the Whitney Cemetery.  Memories and condolences may be shared with the family at www.webbmortuary.com  A special thanks to the Elko Nevada Hospice that were there every step of the way with her end of life care.

To order memorial trees or send flowers to the family in memory of Myrtle Tanner, please visit our flower store.