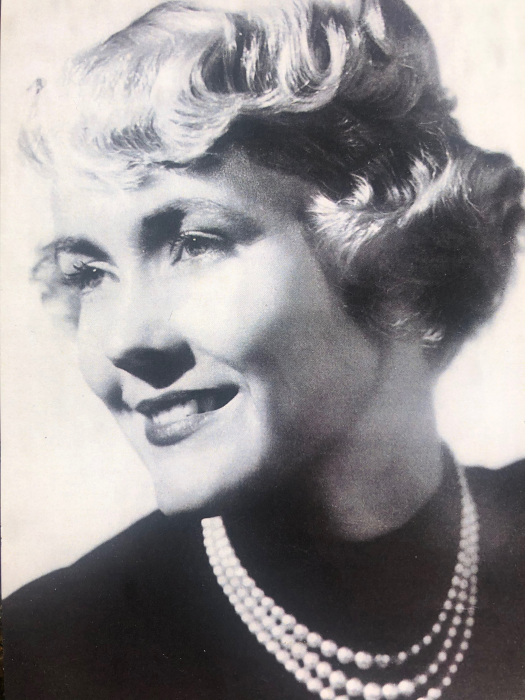 Mitzi Buckley Daines, age 89, passed away peacefully June 22, 2020 in Cottonwood Heights, Utah. Mitzi was born June 4, 1931 in Gilmer, Texas to Medemoiselle and Arthur Buckley. In 1954 she served in the British Isles Mission for The Church of Jesus Christ of Latter-Day Saints. Shortly after her mission Mitzi met and married her best friend and sweetheart, William Kay Daines, for time and all eternity in the Logan Temple September 17th, 1959. Kay preceded her in death in 2011. Kay and Mitzi spent most of their lives in McLean, Virginia, raising their family, and creating a home at Ranleigh Road.

Mitzi spent her life providing happiness to her children, in-laws, grandchildren, parents, siblings, neighbors, friends and strangers. Mitzi had a tremendous talent for knowing how to make people feel good about themselves. She loved to make people happy, to serve them, and she lit up any room she was in. Mitzi was a true missionary and took every chance she could to tell people about her enduring love of Jesus Christ.

Her love of holidays was well-known, and she was first to call on birthdays, expert at making pies for thanksgiving and planned April Fools tricks weeks, if not months, in advance. But her true love was Christmas with year-round Christmas trees and masterful present wrapping. More importantly, the kind of hope and magic that can be felt around Christmas was a feeling that Mitzi carried with her always, wherever she went. Her late husband Kay said, “Happiness follows Mitzi around.”

To order memorial trees or send flowers to the family in memory of Mitzi Daines, please visit our flower store.
Send a Sympathy Card