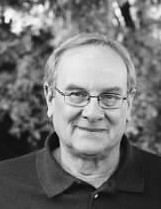 Michael Blaine Stephenson, our loving husband and father passed away at home surrounded by family on Wednesday, January 30, 2019 from complications due to cancer. Michael was born on May 26, 1953 to Blaine and LaRue Stephenson of Lewiston, Utah. He spent his life there where he grew up on the family farm doing the things he enjoyed, working on cars and anything with a motor.

In 1975 he married his wife and eternal companion, Vicki Karren in the Logan Utah Temple. He spent many years as a mechanic for Palmers in Logan, Utah and went on to purchase and own Gordon Transmission for almost 20 years, all while working on the farm and raising his boys, Robert and Anthony.

He spent many years serving in The Church of Jesus Christ of Latter-day Saints where he held many different positions and callings over the years. He had a special place in his heart for the scouting program and enjoyed seeing people succeed in advancement. Later in his life he spent as much time as possible with his kids and grandkids, going on four-wheeler rides and spending time outdoors and most of all teaching them to work hard.

Funeral services will be held Tuesday, February 5, 2019 at 11:00 a.m. in the Lewiston 1st Ward Chapel, 10 South 1600 West, Lewiston, Utah. Viewings will be held on Monday from 6:00-8:00 pm at Webb Funeral Home, 1005 South 8th East, Preston, Idaho and Tuesday from 9:30-10:30 am at the church. Interment will be in the Lewiston Cemetery. In lieu of flowers, donations may be made to the General Missionary Fund of the Church of Jesus Christ of Latter-day Saints. Memories and condolences may be shared with the family at webbmortuary.com.

Click the "Red Arrow" to listen to funeral services. You may also order copies by clicking the "Order" button.
To order memorial trees or send flowers to the family in memory of Michael B. Stephenson, please visit our flower store.
Send a Sympathy Card