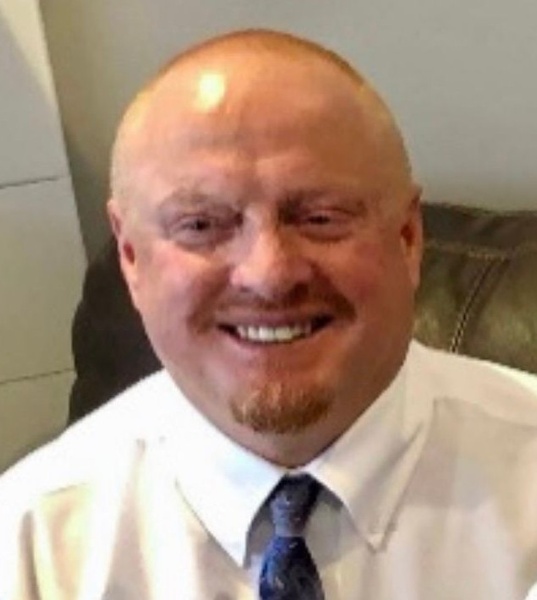 Michael K. Hobbs age 55 has returned to our Heavenly Father to be with those who have passed before him on October 8, 2021 in Preston Idaho. He was born on June 20, 1966 in Logan Utah to his wonderful parents Kenneth and Karen Klippert Hobbs. He was married to his long awaited for wife Ann Tonette (Toni) Richards Hobbs on November 26 2013 in Malad Idaho. They were sealed in the Ogden Utah Temple on November 26, 2014 for time and all eternity.
Michael worked at Nucor Steel in Plymouth Utah where he had made many lifetime friends that he loved to spend time with in Moab, the sand dunes, snowmobiling in the mountains and many more adventures. When he wasn’t with his family and 16 grandkids his passions were snowmobiling, camping and, of course, his RZR. But nothing made him happier than the smiles of his grandchildren and their hugs and welcomes. He had a very adventurous soul and a kindness that engulfed all. He was a protector, provider and strength to his wife who he loved with all his heart. He would accept everyone he met as his friends and family.
Michael is survived by his wife Ann Tonette Hobbs of Preston, Idaho: 2 daughters Whitnee (Colby) of Franklin, Idaho, Kassi Hobbs (Josh White) Of Malad Idaho, 1 son Takota Hobbs of Preston Idaho, 3 Stepsons Cody (Amanda) Grimaud of Clinton, Utah, Jacob Grimaud of Ogden Utah, Tyler (Ashley) Zemlicka of Spokane Washington and 1 Stepdaughter Brea Anne (Christian) Shomer of Syracuse Utah; 16 beautiful grandchildren, his parents Ken and Karen Hobbs, by a brother Steven (Tracie) Hobbs and by a sister Sheri (Brady) Weatherly, and many nieces and nephews.
Michael is preceded in death by his grandparents Myrl and Conna Klippert, Leonard and Eleanor Hobbs, His in laws Robert and Darline Richards.
Funeral Services will be held on Saturday, October 16, 2021 at 11:00 am at the Preston 1st Ward Chapel, 213 S. 200 E. Preston, Idaho. Viewings will be held on Friday, Oct. 15th from 6:00-8:00 p.m. at Webb Funeral Home, 1005 S. 800 E. Preston, and again prior to the funeral from 9:30-10:30 a.m. at the church. Interment will be in the Malad Idaho Cemetery. Memories and condolences may be shared with the family at webbmortuary.com. Services will be available to stream live Saturday at 11:00 a.m. MDT at the following link: https://youtu.be/RQzPqY7FGfg
The family would like to thank the staff at Franklin County Medical Center for the wonderful care of Michael and a very Special thank you to Dr. Beckstead, Valorie Bingham Lieshman, Cooper Mickelson, and Lacey Fellows for making his last days better.

To order memorial trees or send flowers to the family in memory of Michael K Hobbs, please visit our flower store.
Send a Sympathy Card